This release is one of the biggest updates ever, it brings with it the inevitable bugfixes but also many aesthetic improvements with UX care, new juicy implementations and many, very many, performance improvements.

We are always proud to announce updates but we are particularly proud of this and I would like to thank all those who have collaborated directly and indirectly. Thanks!

One of the main new features of this release is support for FSR, an Open source technology by AMD that “uses cutting-edge upscaling technologies to help boost your framerates in-game and deliver high-quality, high-resolution gaming experiences, without having to upgrade to a new graphics card”.

This is a very fascinating technology that promises excellent results even on low-level graphics cards. It is currently only supported by some runners, mainly Proton (installable from the Bottles preferences).

It support 4 levels of quality and can be easily adjusted to your needs trough the bottle preferences.

The DXVK-NVAPI can be keept updated like other components, trough the Bottles preferences.

Bottles under Flatpak is fully sandboxed, so you can’t access your home or other files outside the sandbox itself. This mean that also your personal files are not accessible by Bottles, except using portals (like in native file chooser).

Each bottle as a userdir C:\users\ that is symlinked to the real home /home/. Because of the sandbox, programs installed in your bottles, cannot have access to your home, this not only means that you can’t access your personal files, but also that your programs can’t store configurations and other data and this can compromise their normal behavior.

To fix the problem, Bottles now breaks the symlink and actually creates these directories in the sandbox, so the runner can have full acess to these files and your applications can store configurations and data to work properly.

Wait, I know what you’re thinking, and yes. This can be a problem for you, because the sandbox blah blah blah.. the entire process can be reversed read here.

There are many other news under the hood but for those I refer you to the changelog at the end of the article. Now we want to talk to you about the big news in the graphics part and they are really many and easy to notice.

The thing that immediately catches the eye is certainly the reorganization of the headerbar and the views in the bottle section. Here, in fact, we have reorganized to take care of the user experience, trying to simplify it and make it even more enjoyable. 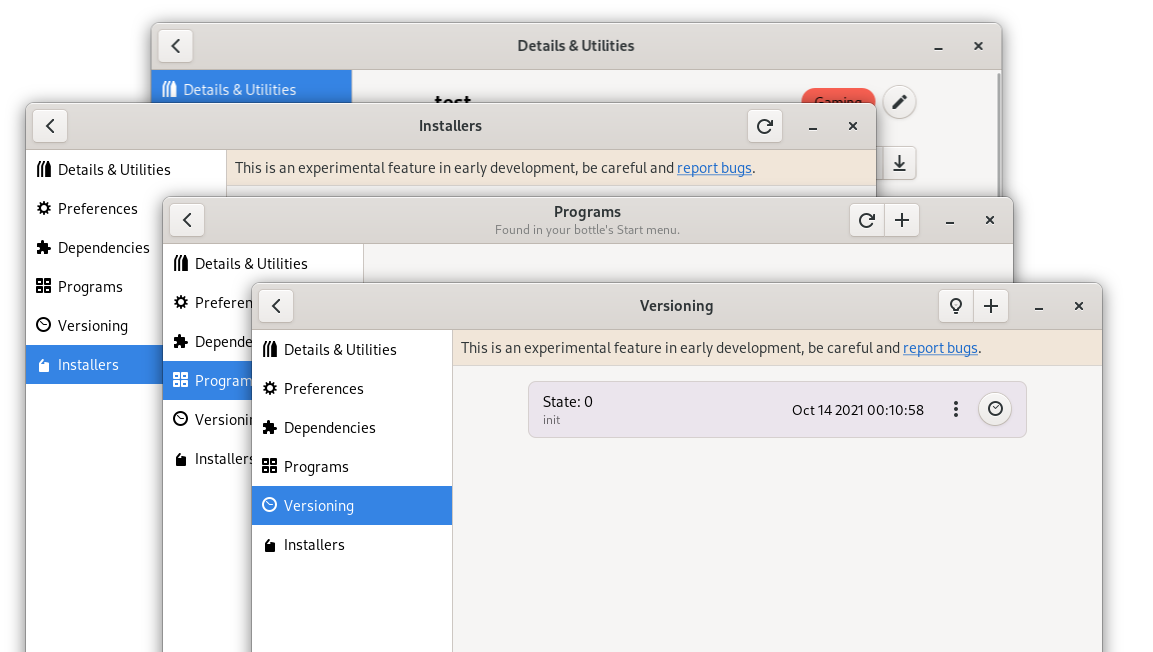 In modern GTK applications, users expect to find main actions in this location. Even titles such as actions have been moved to the headerbar, making room for the actual contents of the screen and avoiding wasting useful space. 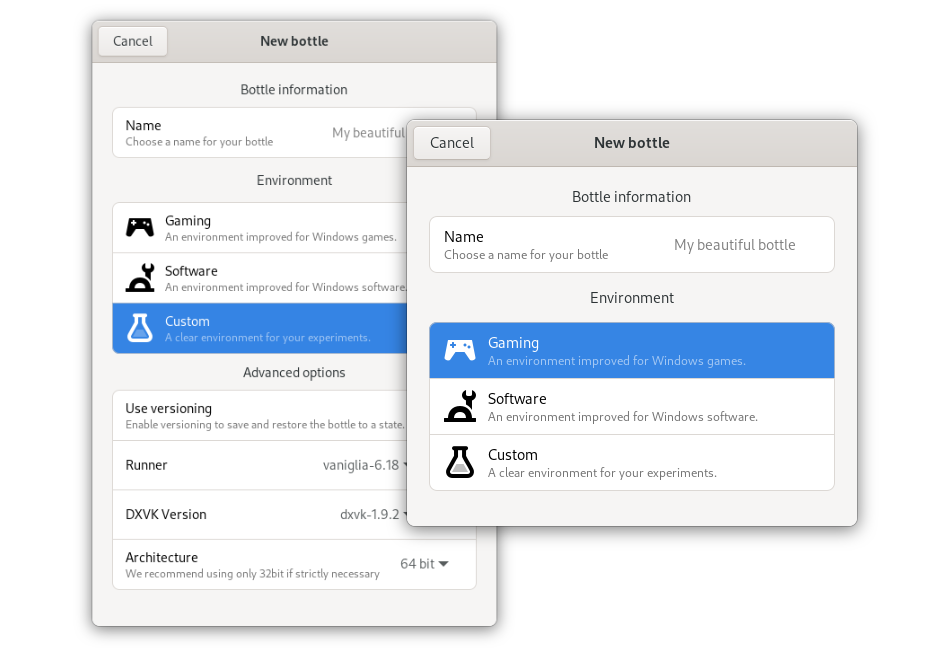 The bottle creation dialog has been revisited, removing superfluous and repetitive text, improving the overall appearance and introducing a nice animation when it comes to revealing the advanced options. 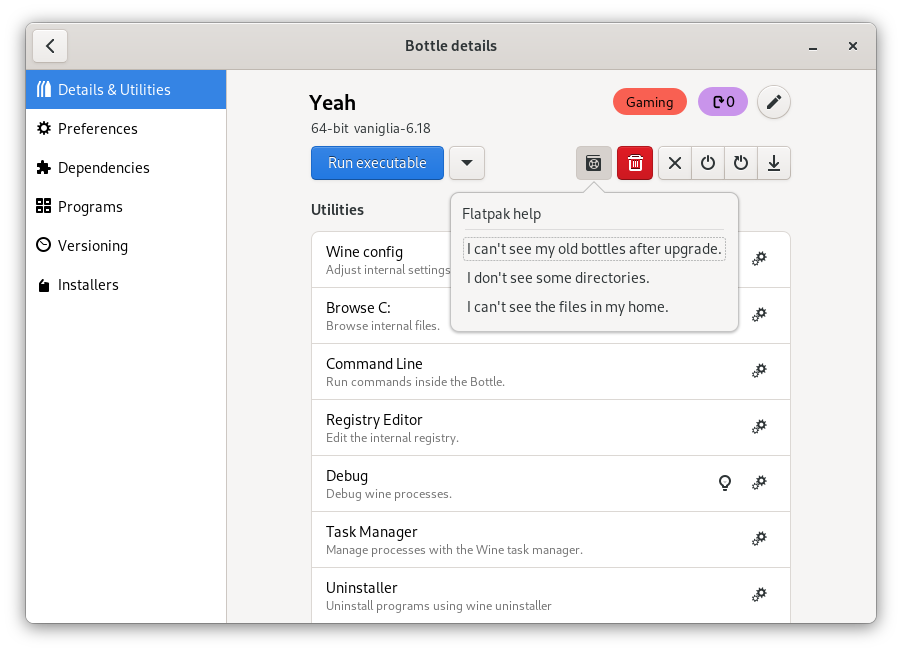 Also the bottle’s details view has been improved. Here the most important thing is the new “FAQ hub”, only for Flatpak users. This is a place where you can find answers to common questions about Bottles under Flatpak.