This release came with a lot of new features and improvements that we hope you’ll enjoy. The update is focused on performances, compatibility and introduces some most-requested features.

Normally, when you start the CMD or the winedbg tool, Bottles will automatically open theses tools in your system terminal or trough the wineconsole if running under Flatpak. The latter however, should be say, it’s not the best experience at all, so we decided to provide a brand new terminal to Flatpak users, so they don’t have to deal with wineconsole. 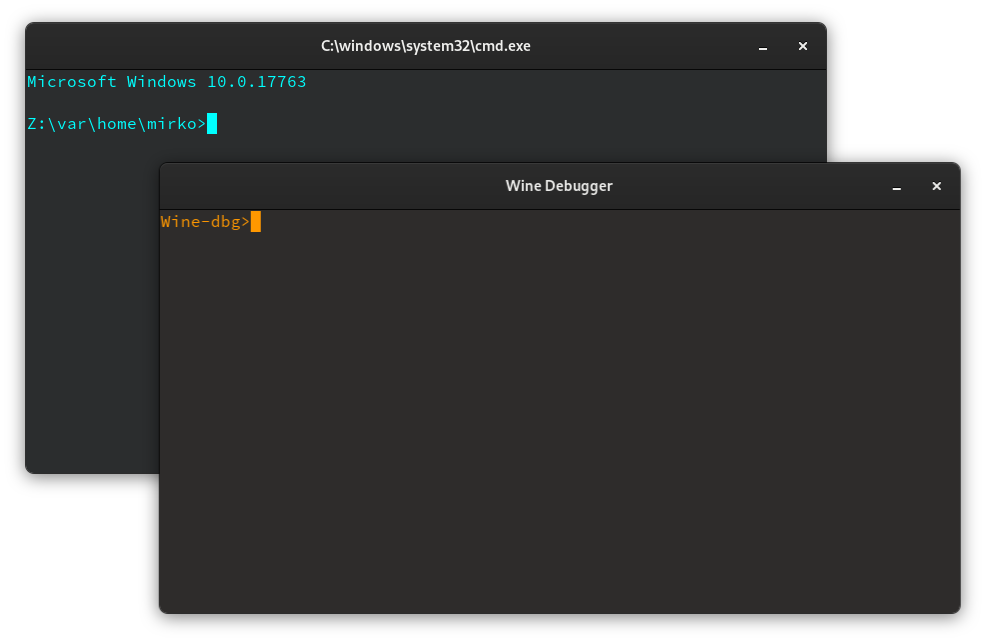 The new terminal is a bit more polished and user-friendly. The first thing you’ll notice is that the terminal change color scheme based on the tool you’re using (cyan for CMD and orange for winedbg).

It’s still at the start of its development and we’re working on it. We are working on bookmarks support, to provide a faster way to execute the most used commands in one click. Keep in touch.

This is an improvement for Flatpak which allows you to sandbox a file before running it. This in addition to providing an additional level of security, also solves a permissions problem that caused a silent crash in some executables, as the runner was unable to access outside the sandbox.

So when you enable this feature from the executable context menu, Bottles will copy the file to the bottle internal storage (times vary based on the file size) and run it from there. This obviously slows down the process as we need to move the file, so try without before.

Sometimes you need to read the output of an executable to understand what is going on. Before, you had to open the terminal and run the entire Bottles program to get the output, or attach the winedbg utility to a running process.

Now you can simply enable the “Launch with terminal” option from the executable context menu and Bottles will open the terminal and attach the process to it.

This is not actually a new feature, it was already implemented as an experimental feature, so you should already know about it. 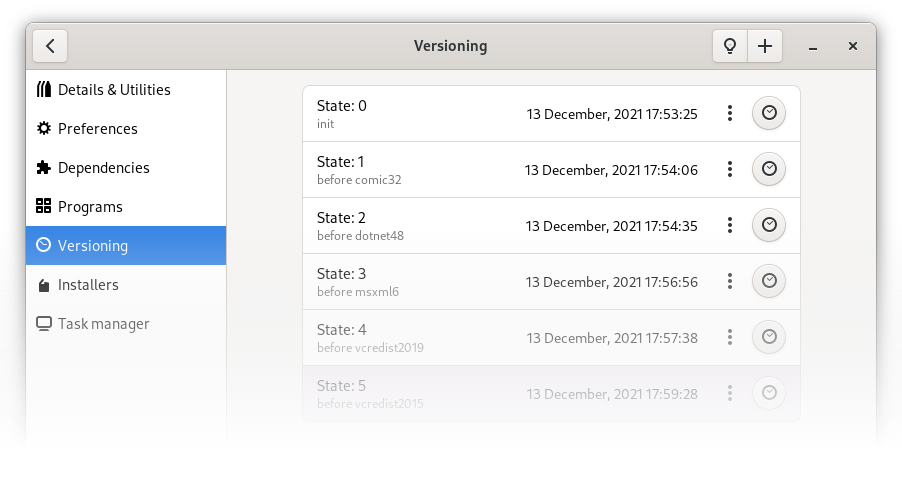 This feature provide an easy way to save and restore a bottle state. Previouslly, when you broke a bottle, you had to manually remove the edits and the changes you made to the bottle but in most cases, it was not possible. So now when it happens, you can try to restore the bottle to its previous state.

After multiple requests, it is now possible to generate the desktop entry for a program directly from Bottles. Just go to the programs list, choose the one we are interested in and click on “Add desktop entry” in the context menu. 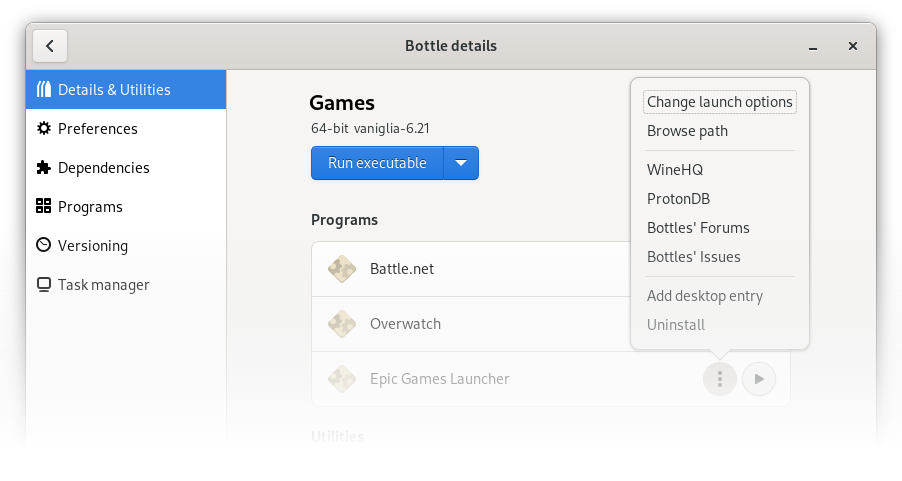 Sorily, this feature is not coming for Flatpak users, due to lack of permissions. So if you’re using Flatpak, please don’t worry about this feature, we still have other plans for you.

With this version we are testing a new feature that we would like to receive a lot of feedback, namely the Bottles runtime.

This is an archive of libraries from Ubuntu 20.04 which are temporarily added to the bottle run if the user activates it. This allows to enhance the compatibility level of runners, providing them with a set of libraries that are often absent in some distributions. At the moment it is only available for Flatpak users (for reasons of time but it will arrive on all other formats too) and it is deactivated by default, so you can test it simply by activating it from the bottle preferences.

There are also a lot of UI improvements but only one that we really wanted to mention is the new Power menu, which was re-organized to be less cluttered and more intuitive.

As you can see, everything concerning the uptime has been moved totally to the right and the Reboot and Shutdown items have been enclosed in a submenu, this is because they were previously shown with very similar icons and the risk of making a mistake and clicking the wrong one was very high.

Furthermore, the management of the bottle uptime is not really useful, if not to simulate a system restart or to stop all running processes, for this reason we have kept the button to stop all processes out of the menu, so that it was quick access.