This release comes with a bunch of bug fixes, improvements and new translations. This is a small update that improves Bottles stability but does not implement any new features.

Now if the download is not verified, the user will be notified, who can try to download it again.

Bottles manages multiple runners, these come from different (verified) sources and are compiled in different ways, this causes a different nomenclature and structure of the files. To standardize everything, Bottles renames the files once downloaded. In the previous version, some runners were not recognized due to a bug that did not keep track of the new names.

Now enabling and disabling of DXVK and VKD3D happens in synchronous mode, so the program doesn’t get stuck anymore. Once the status of one of the components has been switched, the switcher will be disabled until the procedure has been completed. 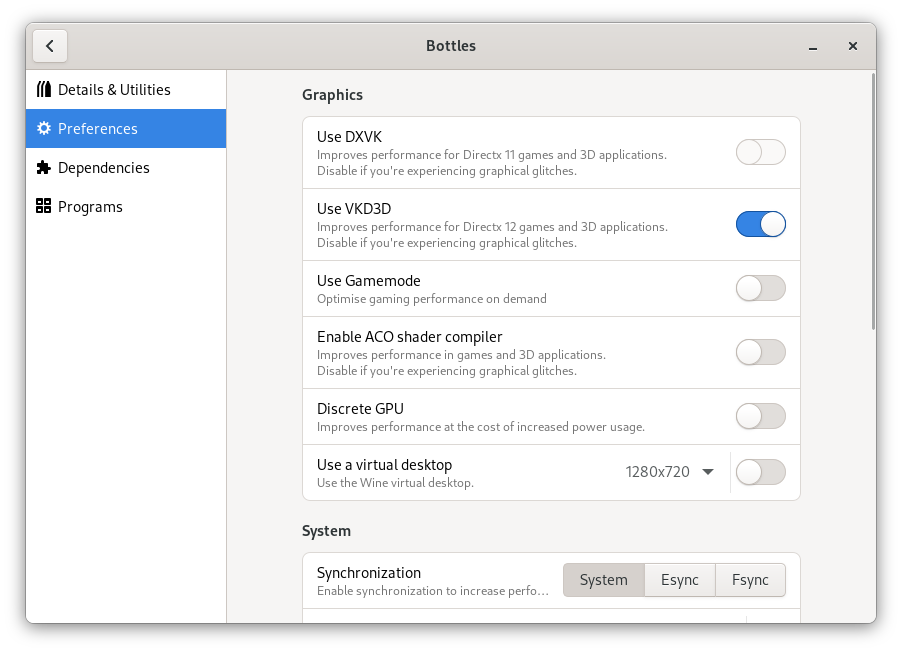 In the previous version there was a regression in the “run executable with custom arguments” functionality. In fact, once the arguments were entered and saved, Bottles crashed, making it impossible to use the feature. In this version it has been fixed.

In this release we worked on porting Bottles to elementary OS. In fact, in the next few days, it will be distributed on AppCenter, making it available for download. 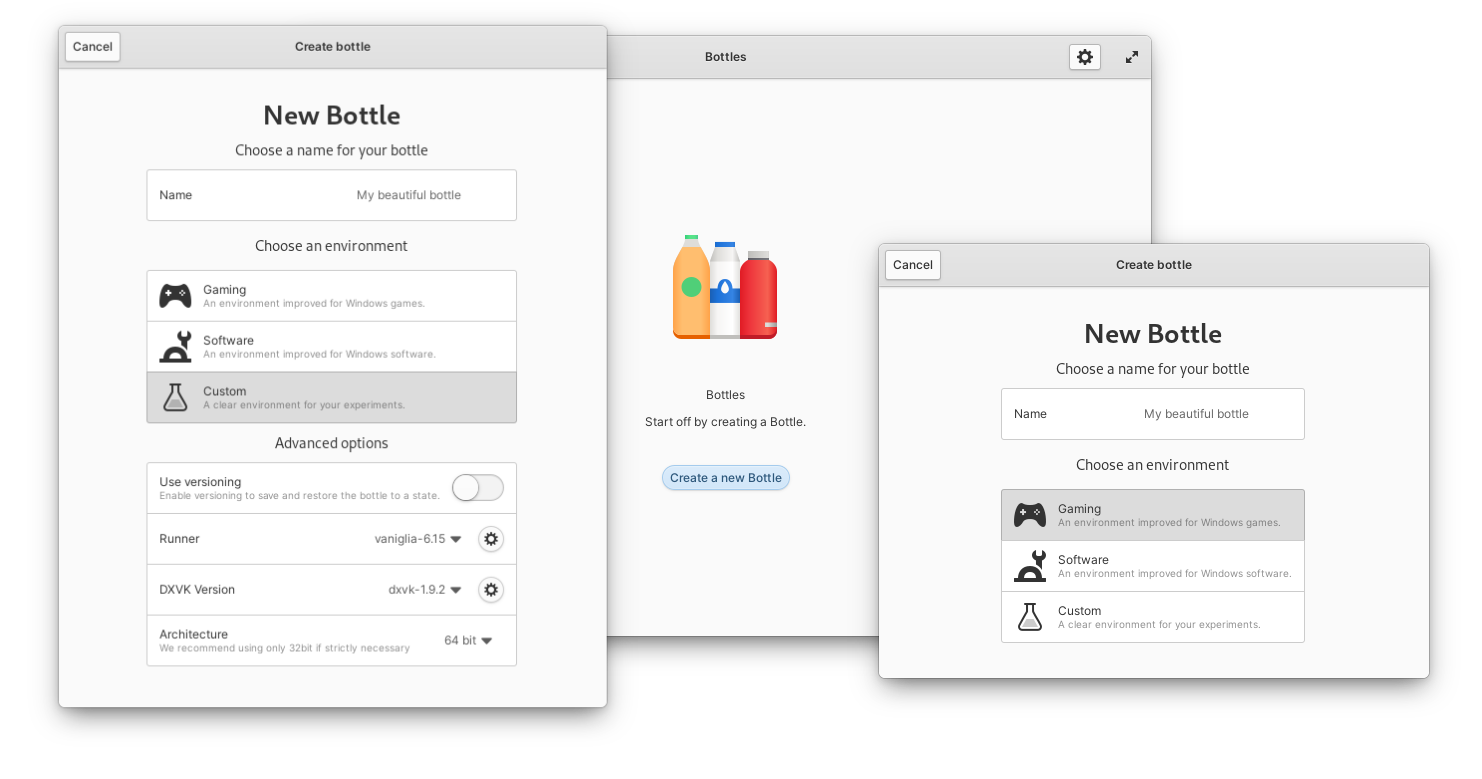 Few people know that Bottles is an application born for elementary OS in 2017.

The v1 is already present in the Hera AppCenter and will be replaced by Treviso (v3). This is an important update (in fact it has been rewritten from scratch since v1), nevertheless we want to keep the development of both versions active, continuing to provide installation packages for the first version of Bottles. We are doing so because they are two completely different programs, in fact the first is a small simple tool for checking prefixes, while Treviso is a complete manager with unique features such as versioning, dependency manager, installers etc .. Also there is an emotional value.