This version introduces a new backend for managing WINE. Previously this was done by a single Runner class that was concerned with simply running commands and managing their output. In many cases this system did not allow for easy extension and resulted in multiple confusing and repetitive calls.

The WineCommand is a complete wrapper for the execution of WINE commands, this manages the environment and all the bottle options and allows you to l aunch commands in a minimal version that does not include some settings such as gamescope and gamemode (not always necessary).

WineProgram (s) are WINE (and non) tools mapped into a class to be used “natively” by Bottles, exposing all their commands as methods. At the moment the following have a WineProgram:

The Executor is the manager of executables and works as a bridge between the WinePrograms, launching the correct one based on the file extension (.exe, .lnk, .batch, .msi), it also supports other extensions, for example by launching a jpeg this should be opened automatically by the program in the bottle which is capable of supporting the extension.

We are also working on a winebridge, a tool in .NET Standard that Bottles will use for some operations, such as obtaining the list of processes or killing one (avoiding the use of winedbg which requires the debugger to be connected to the process in order to terminate it). This tool also simplifies other operations such as getting and killing a process by its name or pid. In the future it can be used to integrate functions that WINE does not offer by default as a command, we are in fact working on a command that returns the list of installed programs, avoiding heavy searches on the disk.

Finally, it is possible to hide a program, even if it was automatically found by Bottles in the search process. 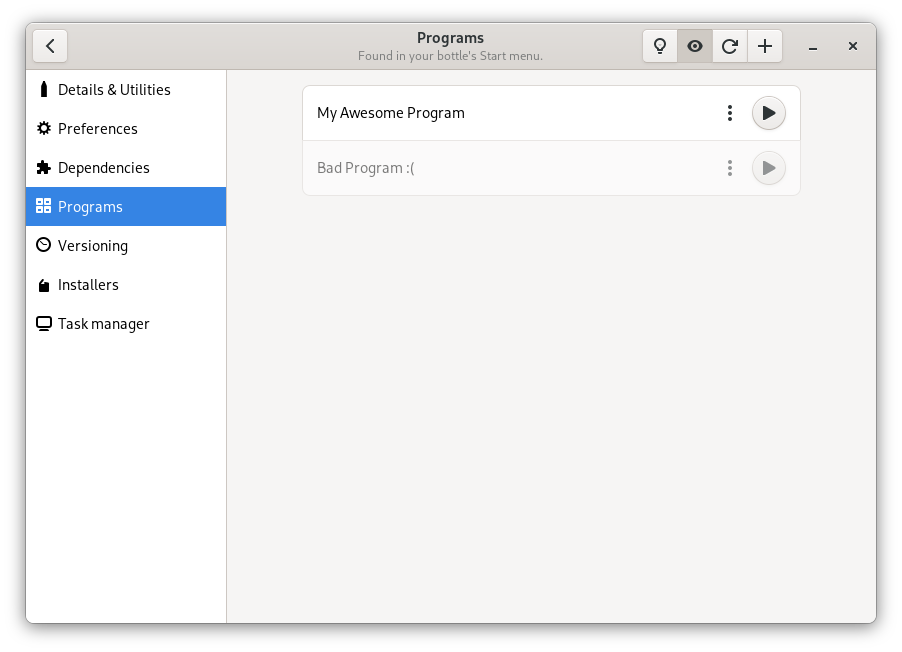 Just click on the eye icon in the headerbar to show hidden programs.

Dependency and installer manifests are now shown in a new dialog with code syntax. 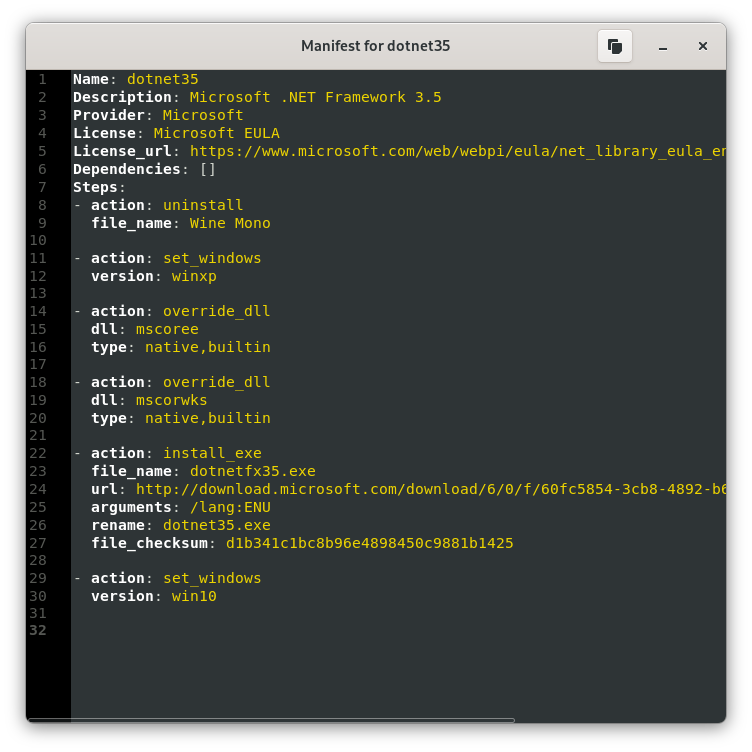 They are not only much prettier but also easier to read.

The new installers screen now has a search bar (does this mean that many more installers will arrive? Well we hope so, the feature is on its way to stable). 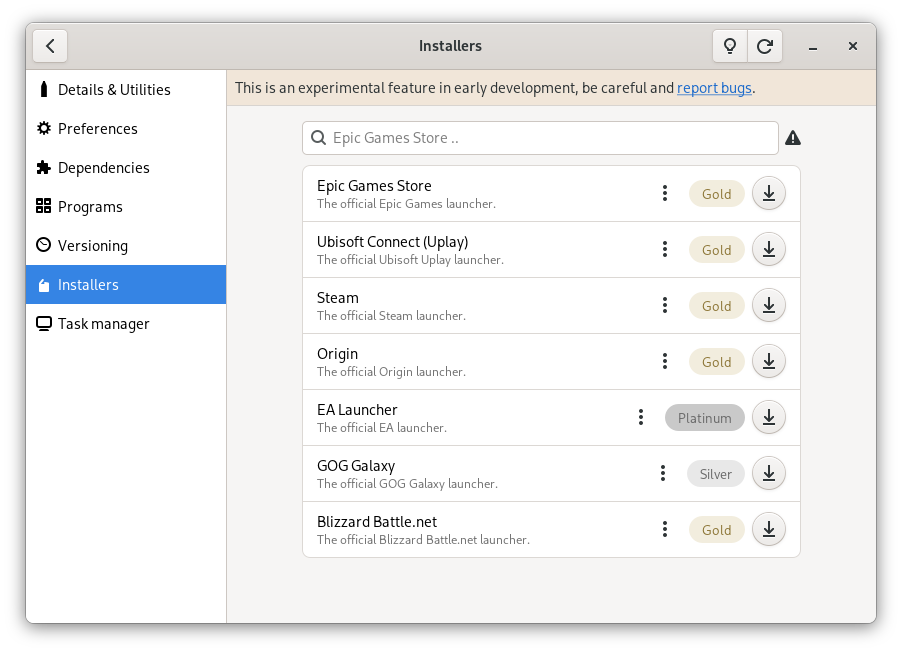 The compatibility grade and full application name is also now displayed instead of the package name.