Wine and all the technologies that revolve around it (such as DXVK, VKD3D, LatencyFleX, etc ..) have always been full of complex terms and almost unattainable by less experienced users, who tend to use them leaving a bit of mystery and without wondering what they really are. .

With this update we have changed the internal terminology, aiming to explain what these are instead of dropping terms in the UI in the hope that people will understand them. The bottle preferences now use more generic and explanatory names, so that the user is introduced to a small summary of what that setting is going to do when turned on or off. 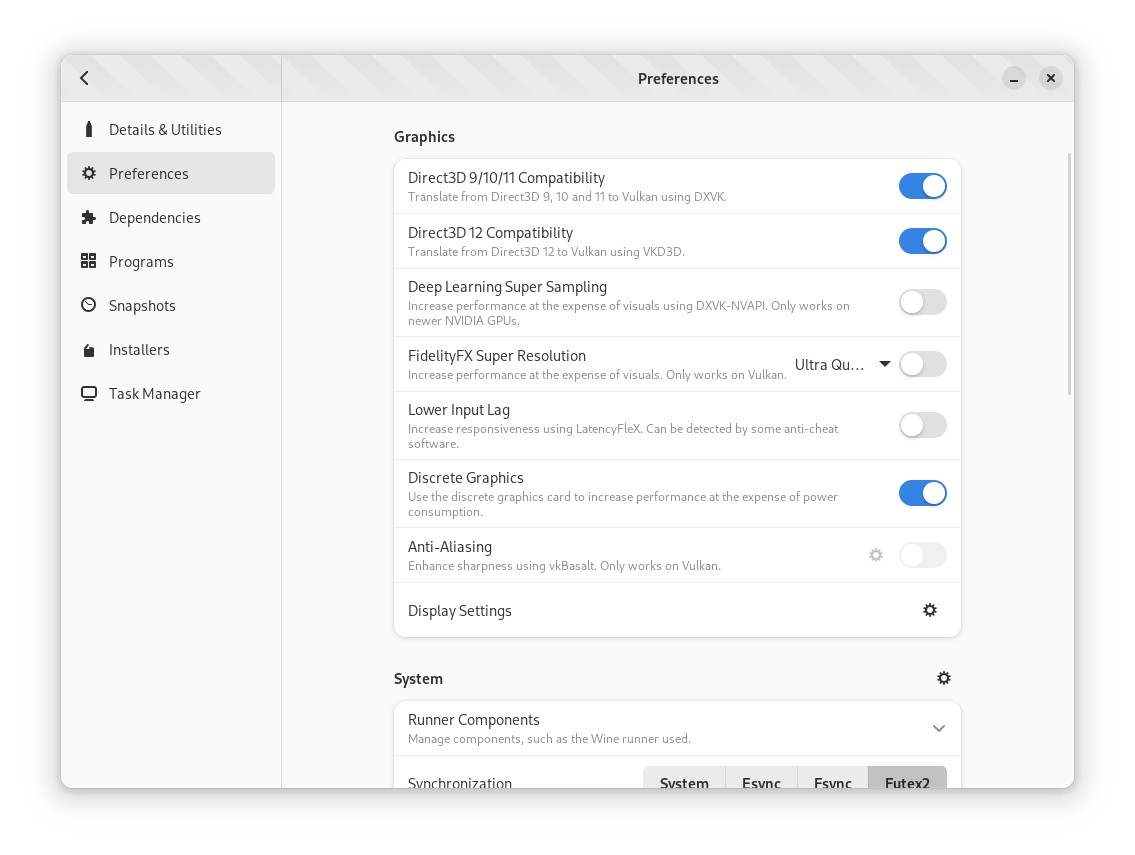 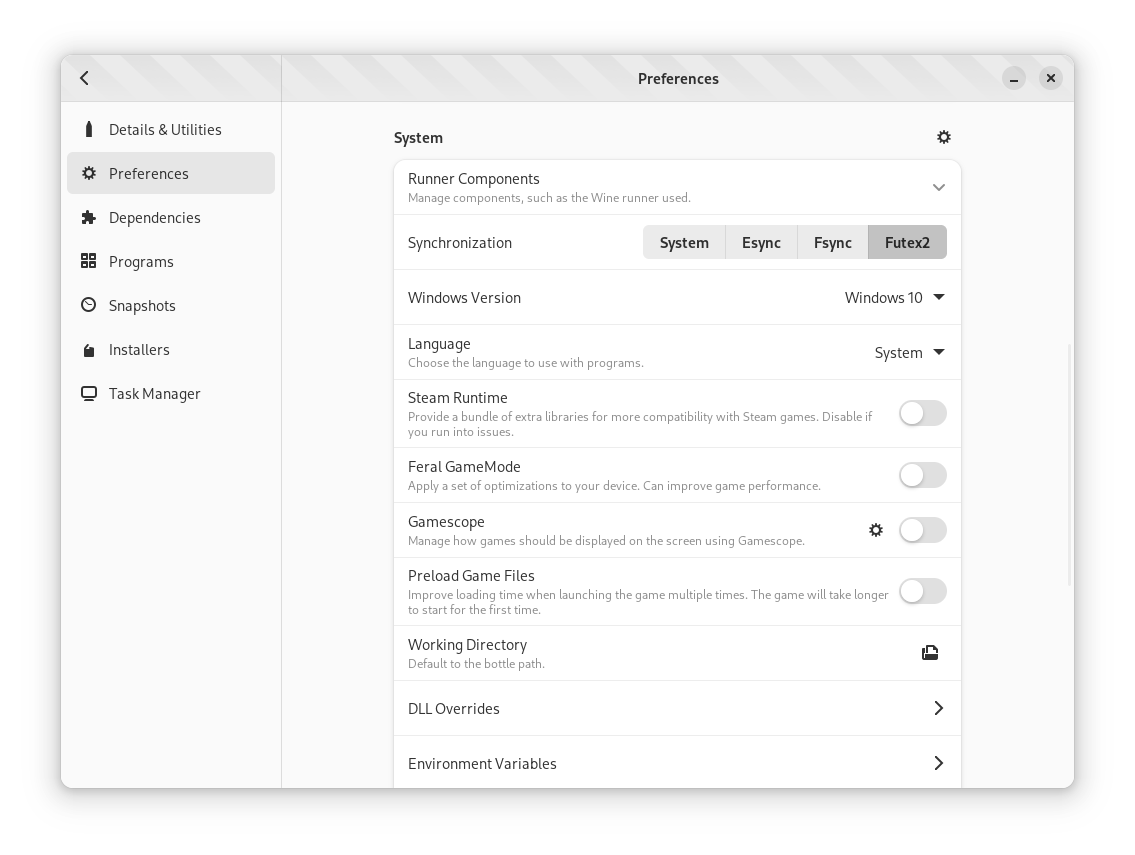 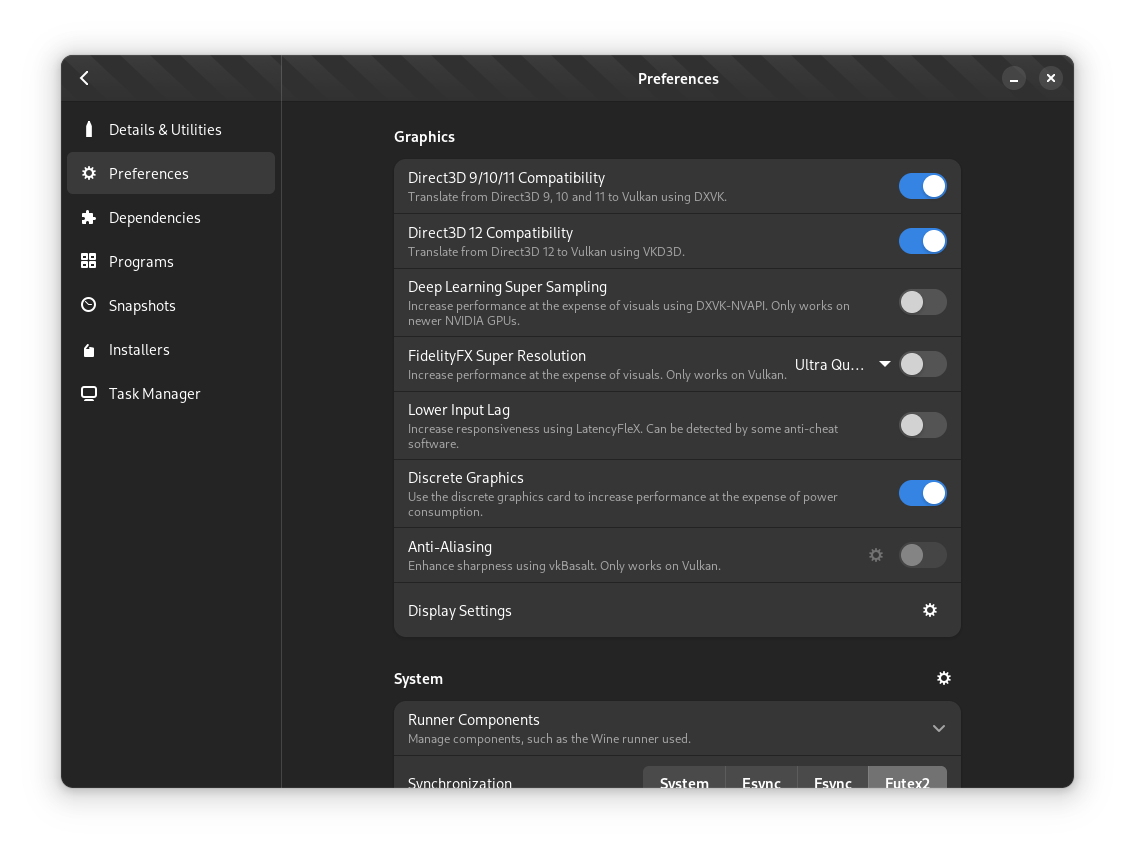 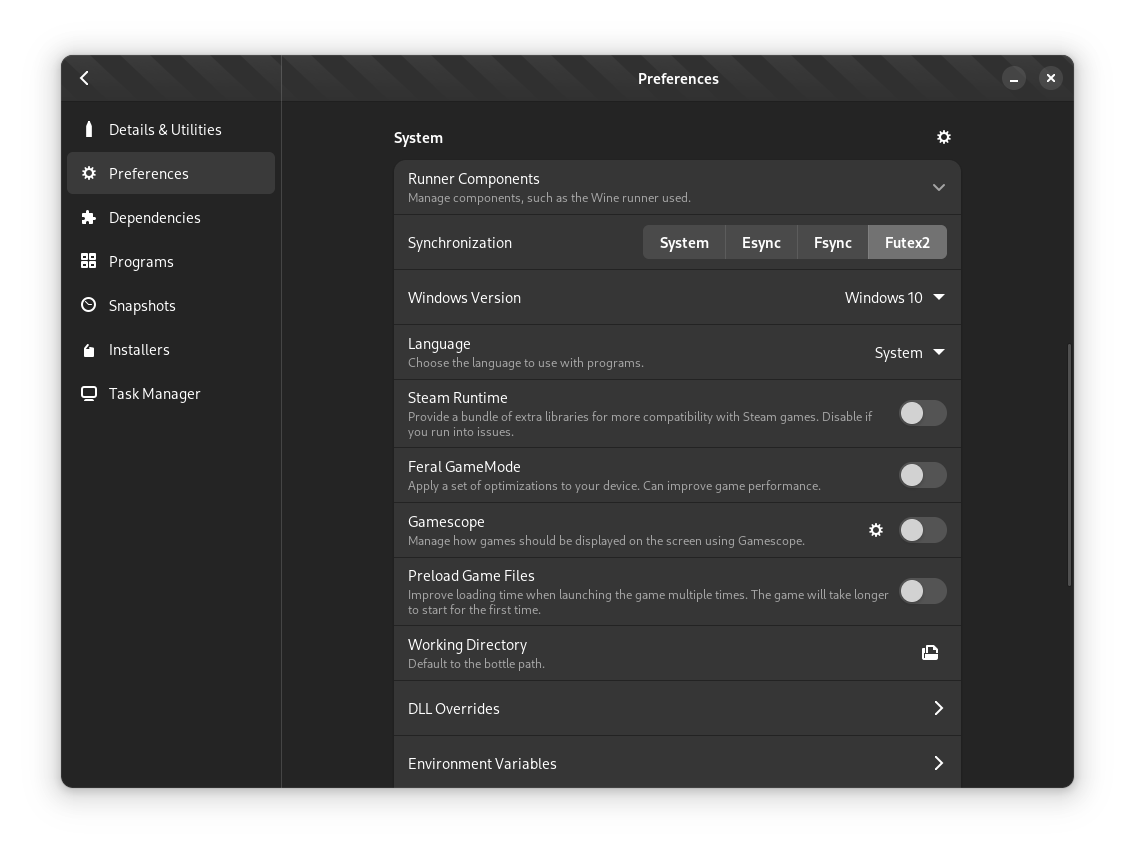 For example DXVK has been renamed to “Direct3D 9/10/11 Compatibility”, suggesting that enabling it will add compatibility to the software that needs this.

Latency is a concept found in sound processing that indicates the short period of delay between when an audio signal enters a system and when it emerges. The lower the latency is, the more responsive sounds appear.

We used to provide an option to reduce latency through PulseAudio. This option is now activated by default and the switcher removed from the user interface, suggesting to the user that it is a new default optimization. The option can still be tweaked by the user setting the PULSEAUDIO_LATENCY_MSEC environment variable to a different value (60 by default) in the Bottle preferences.