A lot of work has been done this time around and it’s time to celebrate another release day!

This release comes with a major redesign of bottle details and a reorganization of settings UI.

Alright, let’s get to the point. What’s new in this version?

Change of the release schedule

We are changing our release schedule from bi-weekly to monthly. We will release each update on the 14th of each month. We used to devote all our time to Bottles, but recently we have started to develop our own projects, like Vanilla OS, Crystal Linux, Atoms, Upscaler and others. In the meantime, we also contributed to other free and open source projects.

Even with the schedule changes, we will continue to develop Bottles, fix bugs and improve the UX. At the same time, we will have more time to polish between updates, as we did especially with this update.

The details view has been completely redesigned to improve the user friendliness of Bottles. The sidebar has been removed and the pages have been moved into the details view itself.

The option to run an executable is now much more visually prevalent to bring it into the focus and launch options are now neatly placed in their own dropdown next to it. Options to add and install programs have been moved after the programs list. 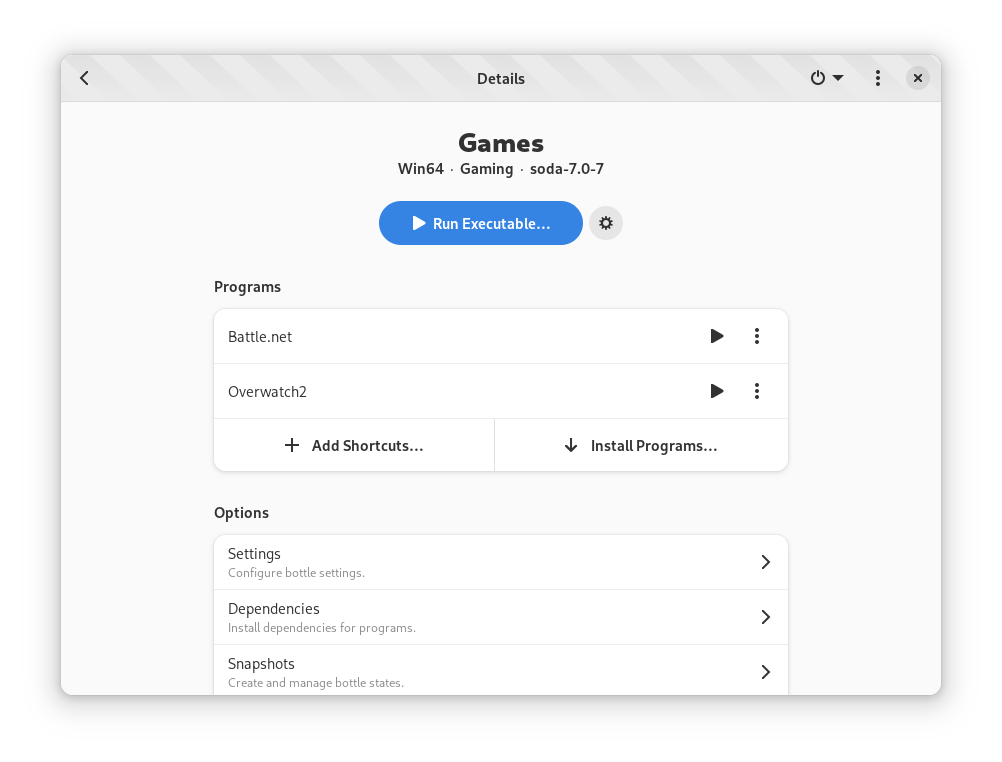 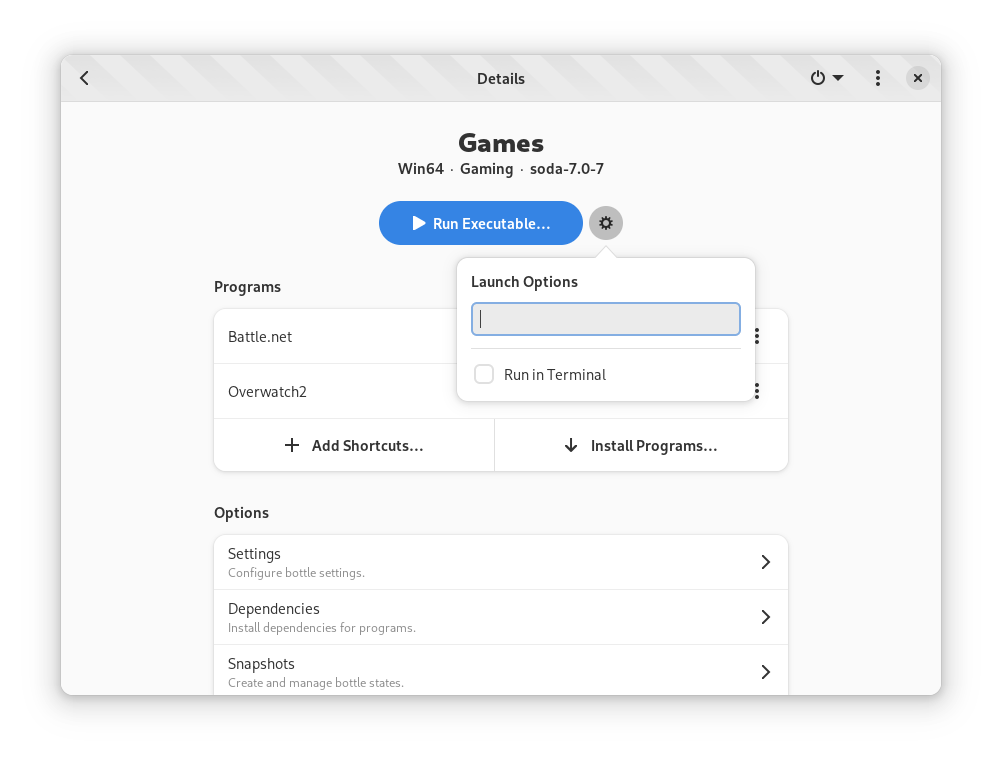 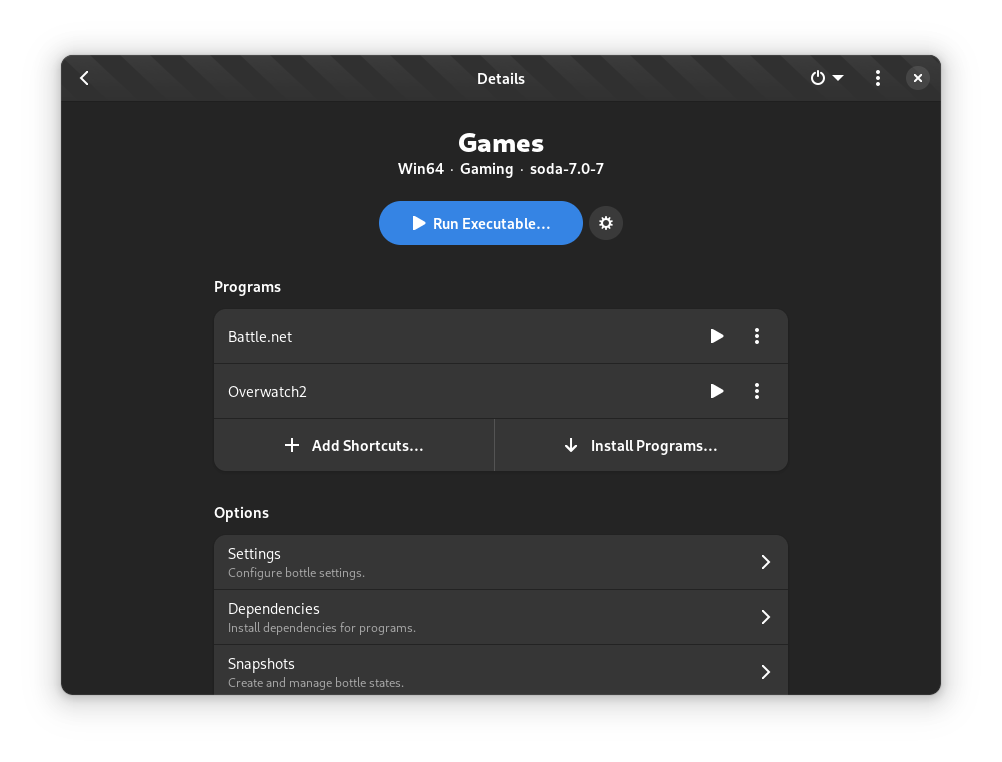 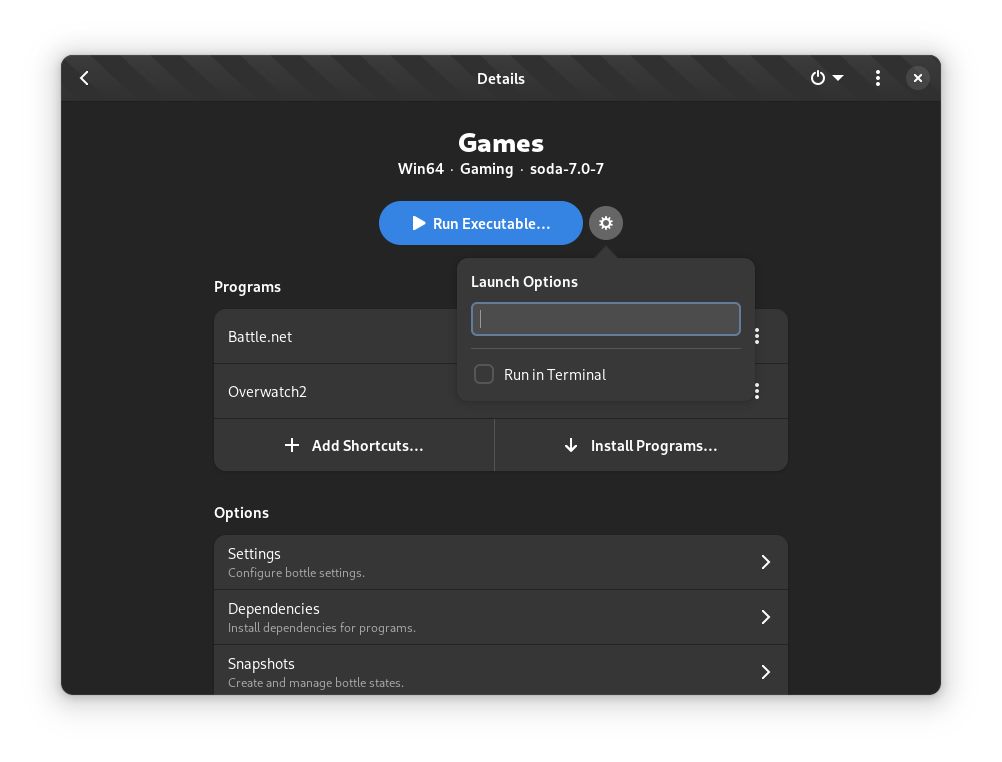 Settings page has also received an overhaul, similar settings have been rearranged into groups, making it easier to navigate through them. 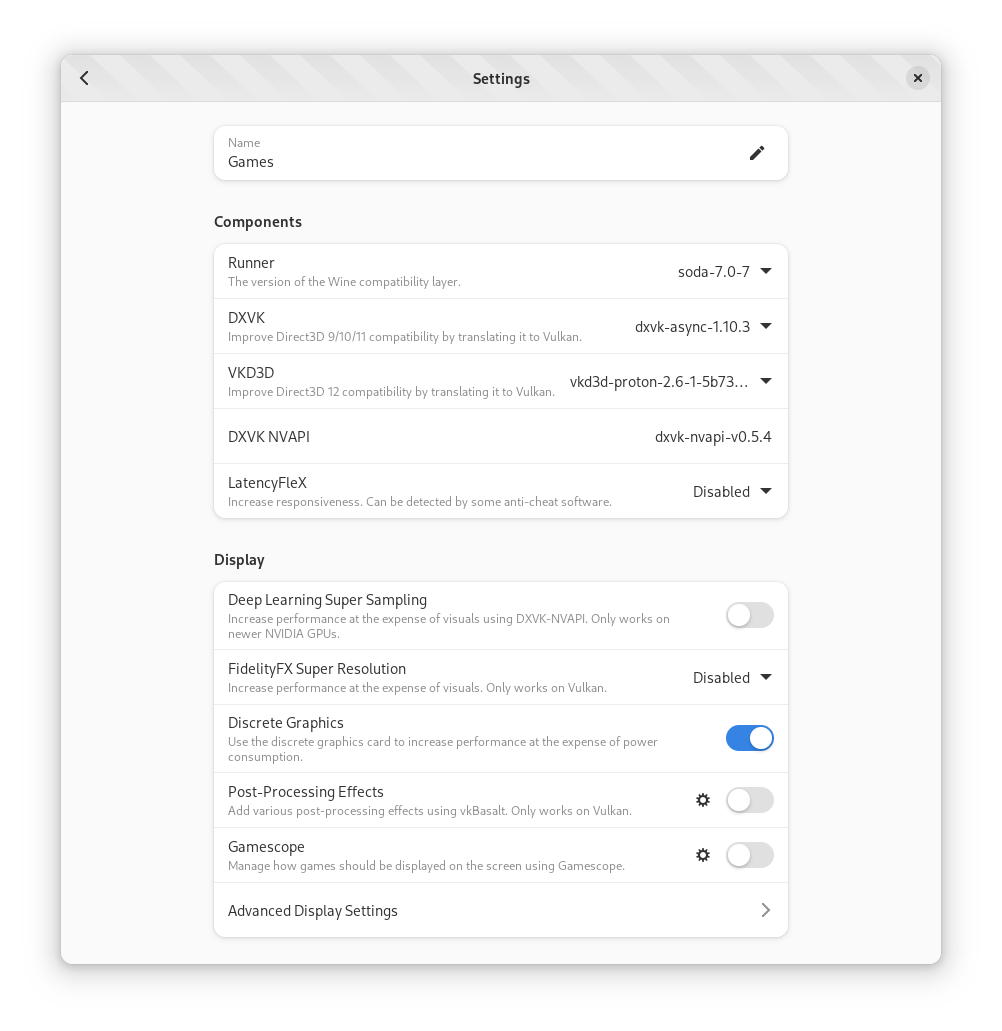 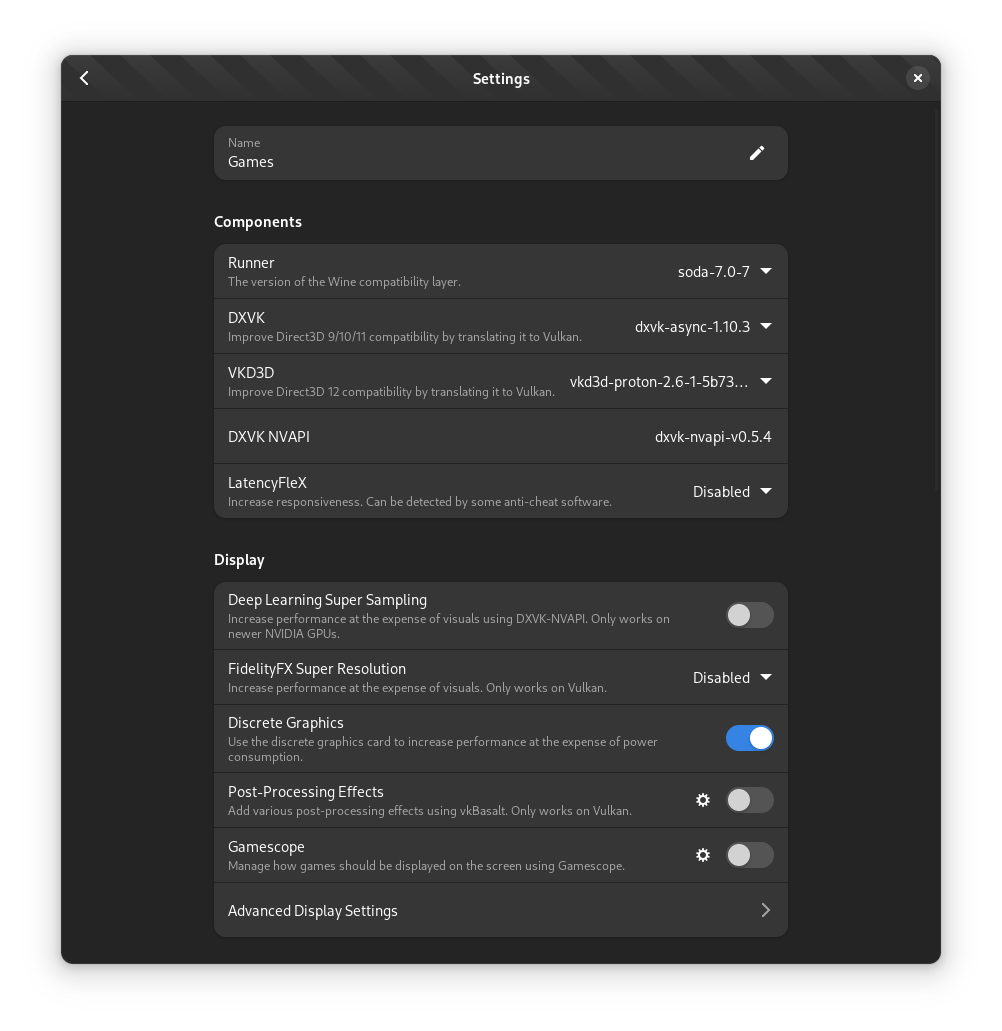 We decided to remove the color lookup table feature from the vkBasalt dialog. We realized that supporting color lookup tables is a really complicated task, and it’s a topic we know very little about. We aren’t sure if it’s working correctly or not. We rather remove this feature than provide a potential broken feature. We apologize for users who have been using this feature, but if you understand how vkBasalt’s color lookup table works, please don’t hesitate to contact us!

The component manager now uses a queue for installations. This means that by requiring the installation of multiple components, they will be queued and installed in sequence rather than simultaneously. This choice was made to prevent a large use of resources between the connection and the CPU (for the decompression of the archives).