This release brings interesting new features and many bugfixes that improve Bottles stability and performance, some problems reported on Steam Deck have also been fixed.

With this release we are introducing a new feature (currently experimental), which allows you to manage the Steam proton prefixes directly from Bottles.

Unlike regular bottles created with WINE or Proton in Bottles, Steam prefixes use slightly different rules and are tied to the runner they are created with. 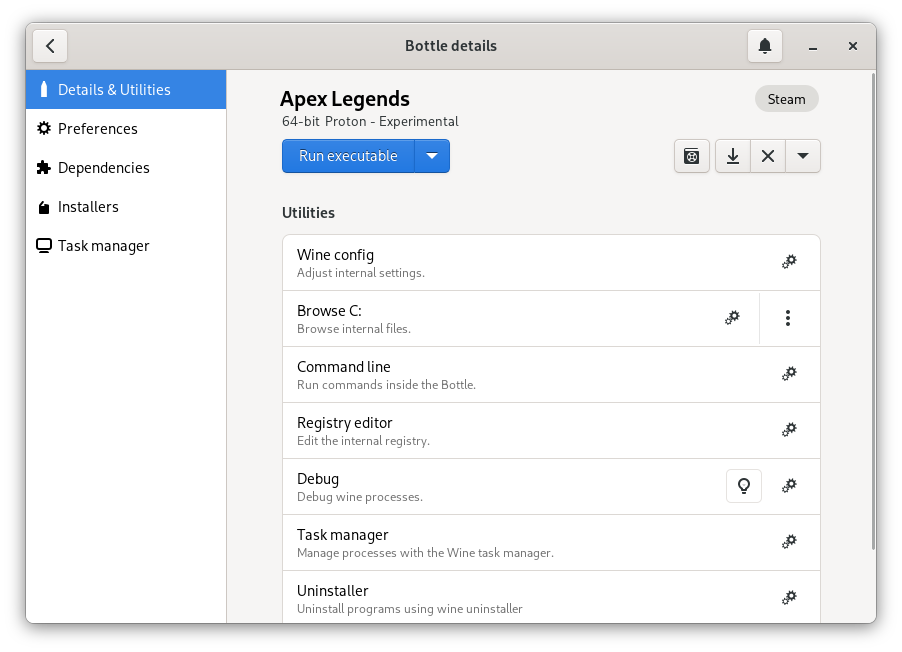 Once the new experimental feature is enabled, you need to restart Bottles or press the CTRL+R combination to force the refresh. Bottles will automatically detect new prefixes and create a bottle configuration for each one.

Bottles reads the Steam configurations to detect the Proton runner used for its creation and uses this for all operations; it is therefore not possible to change the runner type and version, because this can cause problems and break the prefixes.

As mentioned, this is an experimental feature and we therefore suggest you to be very careful when using it. In the stable release it will be possible to launch the game linked to the prefix via Steam, as well as other programs (e.g. modders). Some features doesn’t work right now, but will be on the next release (e.g. mangohud, gamemode, etc.).

While it was already possible to leverage MangoHud via Bottles, this was integrated directly into the bottle preferences. 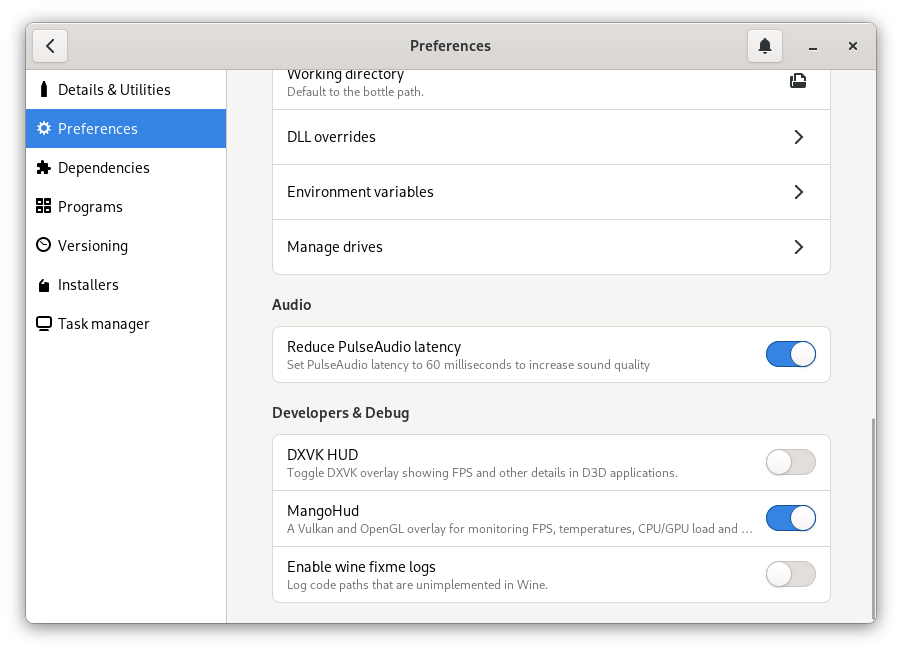 Once enabled, just run the game and you will see the MangoHud overlay. Use the environment variable section to configure the overlay. 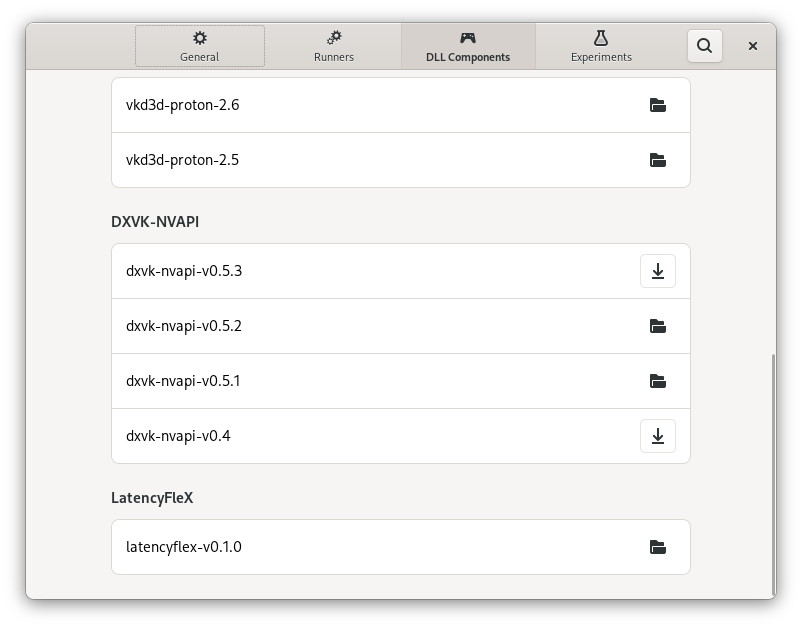 An initial support has recently been integrated into Bottles and can be activated from the bottle preferences. To install it you can proceed like all the other components (e.g. DXVK, VKD3D, DXVK-Nvapi, etc.), from the Bottles Preferences.

Bottles uses internal repositories for components, dependencies and installers. We were told several times that these were not accessible in some regions and we therefore worked to find a remedy.

Thanks to Linode, we have a new infrastructure for hosting our website, forums and repositories.

The process of adding and updating for the maintainers remains the same, it will be enough to open a Pull Request in the dedicated repository on GitHub and once accepted, this will be reflected in the mirror after a few minutes.

Bottles aims to manage WINE prefixes in the best possible way, in every aspect and at any cost. However, these features are not always easy to integrate and are sometimes too cumbersome to be implemented. For this reason Pietro di Caprio from our team is working on WineBridge, a tool that uses the Windows API to clearly offer some information of the Windows sub-system and perform some operations in a quick and “native” way.

Although from this release this is a Core component of Bottles, it is currently in a testing phase and has been applied to only some areas of Bottles and only if this is present. Access the Core section in the Bottles Preferences to install it.

It is currently implemented as a process manager in the integrated task manager.