This update greatly improves performance and user experience. We have worked to improve the texture and we hope it will be appreciated.

Before continuing we remind you that on April 30th we will be at the Linux App Summit 2022, we will talk about the future of Bottles and WINE thanks to the Layers.

Let’s start by talking about what you’ll notice right away, the user interface. We have worked to make the UI as simple, consistent and intuitive as possible. 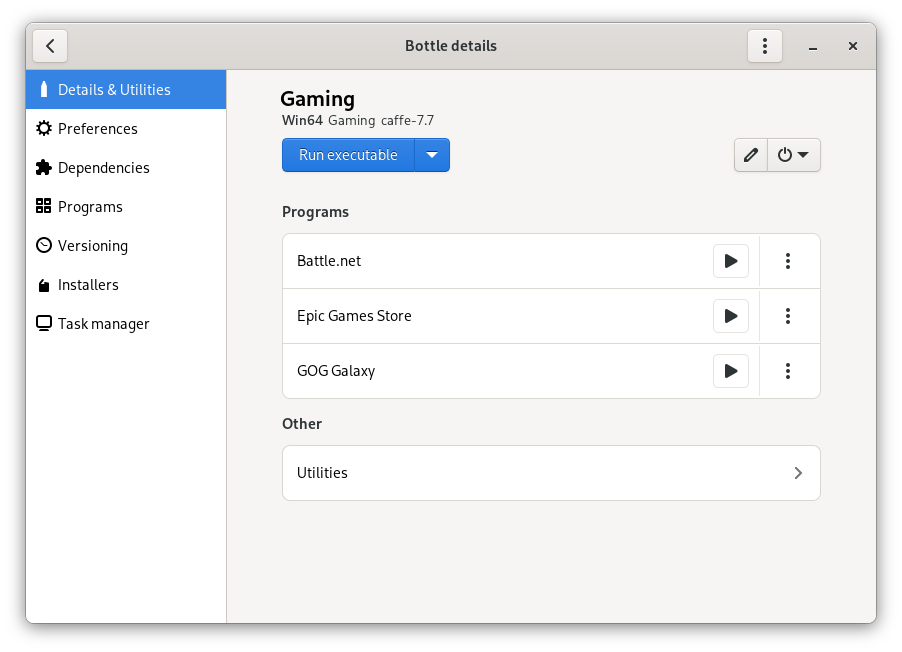 The environment name as well as the architecture and runner are now placed under the bottle name. For the architecture we switched to win32 and win64 to make it clear that it refers to the prefix.

All other operations (such as backup and documentation) have been moved to the context menu in the headerbar, removing them from the bottle focus being non-routine operations. 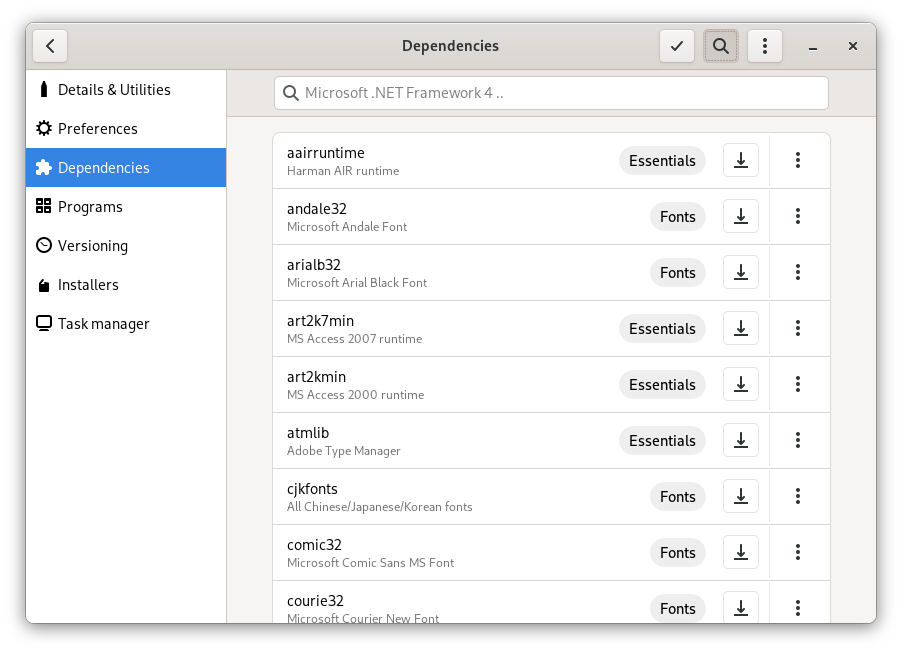 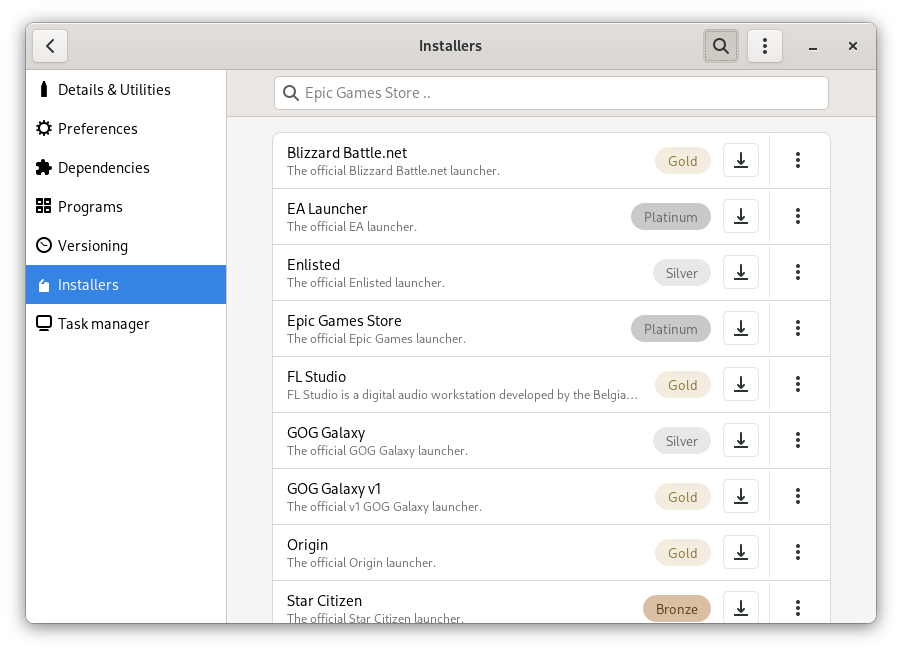 The search in the dependencies and installers views is now togglable from the dedicated button in the headerbar, saving space when this is not needed.

These also received a contextual menu always in the headerbar, this collects on-routine operations, such as access to documentation and reports.

There are many other cosmetic improvements, for example now feedback is shown when selecting a path (for example the current working directory or the position of the bottle).

To set a custom path, make a new bottle then select the Custom environment to show advanced options, then choose the Custom path option. After that, you can switch to another environment, the setting will be preserved.

Bottles has a journal from different releases, a file that contains all the important logs generated by managers, for example when an operation fails or a component is deleted or a crash occurs.

You can use this log to retrace certain operations or investigate a problem.

The list of programs is the core of our bottle, from there we launch all our software and video games. This update fixes a very annoying bug that resulted in the play button quickly switching from stop to play in the first 2 seconds after opening the bottle, forcing the user to wait before launching a program.

Before this update, some executables launched as Windows path caused a “file not found”. We made a fix that forces the current working directory to the path of the launch executable, this way it should always find its files and behave like on Windows.

Some releases ago we implemented a powerful new CLI in Bottles, this comes with many features that allow easy and fast bottle management without having to access the GUI.

Now this CLI is also used by the Desktop entries to launch the related program. These do not declare the path of the executable but the name of the program in the list of bottles, in this way it will not be necessary to make changes if the path of the bottle or other parameters should change.

The old desktop entries will continue to work using the old (legacy) CLI but we suggest you to generate a new one from the program list.

Months ago, we announced our interest in reducing the resource consumption of dependencies, offering these in smaller and more compact formats, always in respect with the license.

With this release we test the first package (d3dx9), a few MB able to satisfy 3 dependencies (d3dx9, d3dcompiler_43, d3dcompiler_47). Before this it was necessary to download the entire DirectX SDK to extract the individual DLLs, now the installation will take a few seconds. We will extend this method to many other dependencies which licenses allow for file redistribution.

Templates are a set of files that are generated when the first bottle is created in an environment, these are used to speed up the creation of the next bottles as the longer steps are replaced by extracting the template.

Before this update the templates were not updated when a major version of a component was installed, resulting in a slow down of the creation process having to update the component every time. Now by creating a bottle if there are updated components, the template is re-created speeding up the creation of the next ones.