This release introduces some new and interesting features but also greatly performance, responsiveness and usability improvements.

One of the simplest things to notice in this release is for sure the responsiveness of some features, for example DLL components (like DXVK, VKD3D, DXVK-Nvapi, LatencyFleX ..) now take a few seconds to install.

Dependencies can now register a large number of registry keys with a single call, drastically reducing installation time (refer to the maintainers documentation).

Improvements also for bottles-cli which now launches programs much faster, avoiding some checks that are normally performed when Bottles is launched and w hich are not necessary in this context.

In addition, some features now take advantage of a small cache to avoid re-processing large data that should not change.

The program menu has been designed removing the noise and making it more compact and easy to access, now it is easy to reach the most used features. 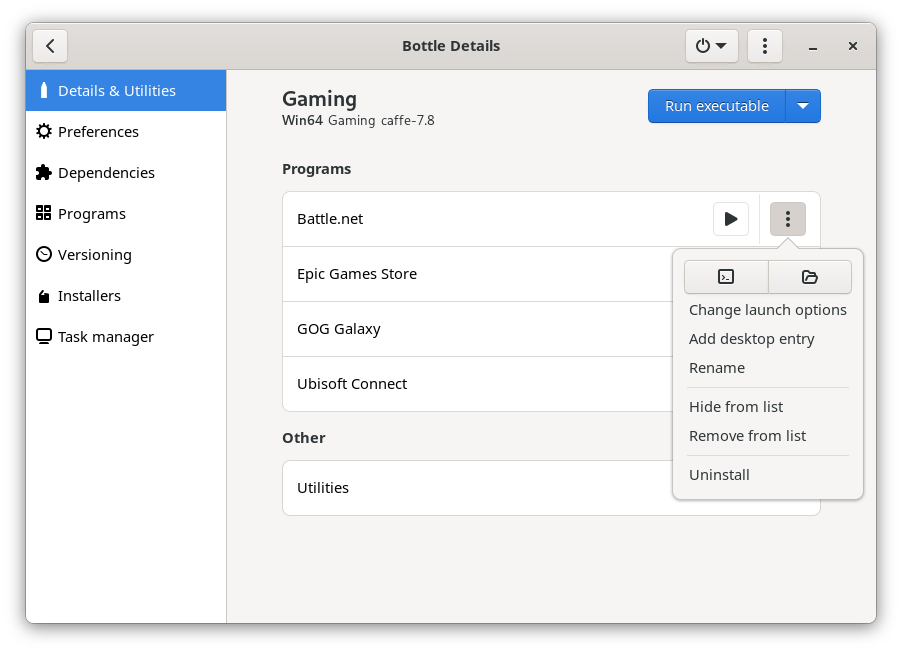 We also added a new menu item to permanently remove a program.

Now you can create multiple entries of the same program, thus passing different arguments to get different behaviors, eg. launch a game directly using Origin.exe or create a variant that launches a script after execution.

To automate things even more, now the program list is updated every time a manually launched executable ends, in this way Bottles will immediately show the new installed programs.

Bottles is now able to generate desktop entries with the official program icon, thanks to icoextract, a utility capable of extracting the icon from the executable.

If that package is installed, Bottles will generate desktop entries including icons, avoiding the tedious standard icon.

We are aware that it is confusing when there is no trace of an operation in progress, unfortunately many are not easily notified as they do not have a progress or a tracking system. But if there are any reasons for these things, there’s no excuse for not showing the progress of a download! 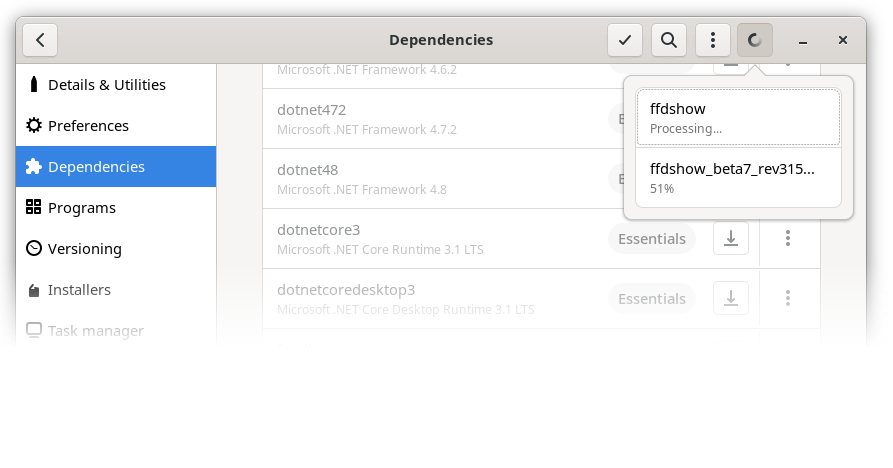 Well now the progress of the downloads is shown from the operations menu.

For all other operations that have no way of being tracked, we are working on it and evaluating several options.

EasyTerm came to the present

If you have installed Bottles as Flatpak you will certainly know EasyTerm, the default terminal used for the Windows CMD, the debugger and other operations. 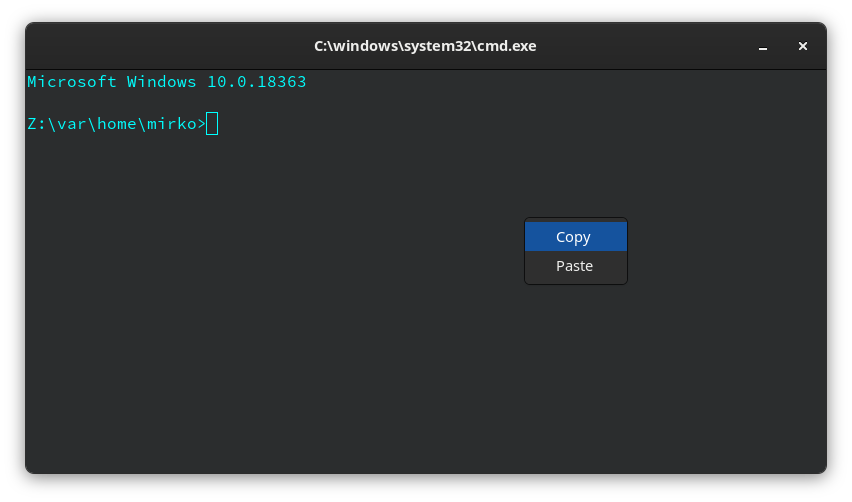 With this release we have added the ability to copy and paste texts, just like adults do!

Bottles is complicated software and it can happen that something goes wrong. For this reason we have spread some dialogs to notify some problems, eg. when a custom path is set for the bottles, if this is deleted Bottles will notify that it is no longer able to reach it and that the default path will be reset.

Installers are Bottles’ newest feature and are being improved day by day and this release brings a lot of news.

To improve the reliability of the installations, installers can now declare a checks that must be performed before finishing the installation and then add the program to the list. These are currently checks if there are files, so as to ensure that the installation has taken place, in the future it may be possible to search for keys in the registry for even more reliable results.

We have also added the ability to monitor processes before continuing with the installation, this solves the problems caused by those installers that spawn multiple processes that Bottles loses control of, thinking they can proceed with the next installation steps and potentially causing breakage.

There are also a bunch of bug fixes

With recent releases we have initiated a migration process from Unix-paths to Windows-paths for all paths managed internally by Bottles. This may appear as just a detail but it marks an important change for the project that brings greater consistency, fewer conversions on the fly in case an utility requires it, less space escapes and other characters in the path, greater compatibility with Windows software and utilities, for example with the system registry where it was necessary to include the path to a file or read the contents of an .lnk file or generate new ones.

This will also allow us a much cleaner communication with WineBridge (our communication bridge between Bottles and Wine), in short, there are many positive aspects of this migration and will be noticed more and more in the immediate future.