After months, support for Steam Proton prefixes is finally available!

This new feature allows you to manage Proton prefixes created by Steam. This kind of prefix is not a common Wine prefix, it explicitly requires Proton and other arrangements. Once you enable support and restart Bottles, you will notice a new section in the bottles list, here all your Steam games running through Proton will appear. Clicking on one of these will take you to a limited bottle view that allows you to manage some features and settings of the prefix. 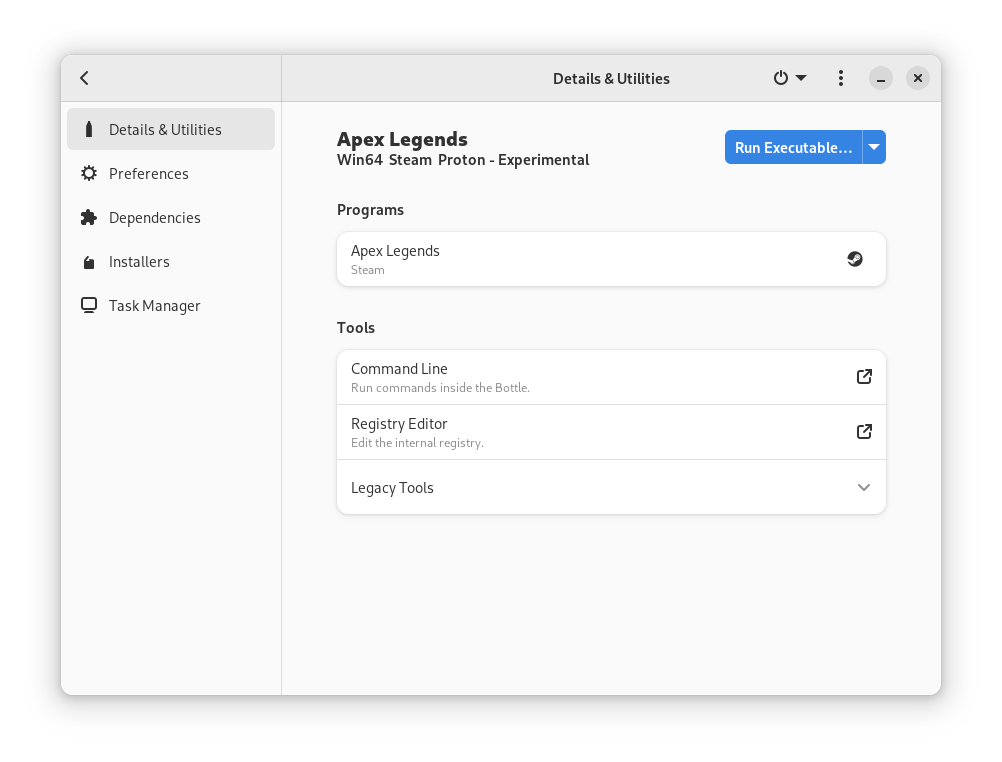 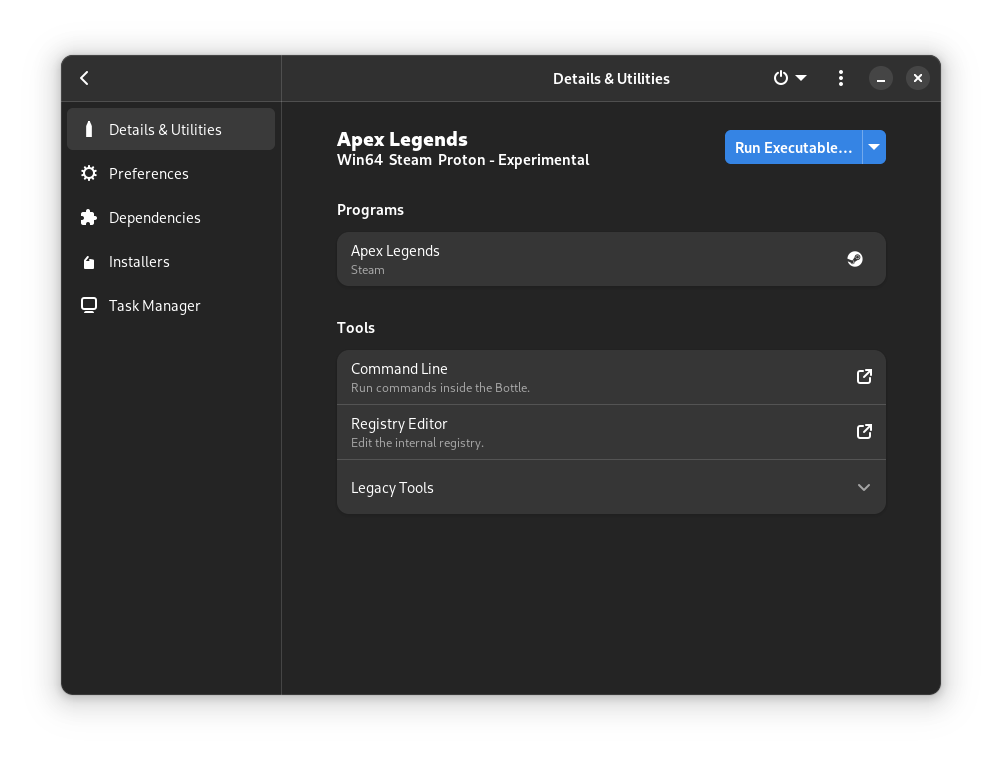 The game linked to the prefix is shown in the program list and instead of the play/stop button we are used to, there is a button to start it via Steam.

As mentioned above, this is limited prefix management since some features are entirely handled by Proton and/or Steam and altering them can cause irreparable problems. For example, it is not possible to change the runner, Bottles automatically identifies the version of Proton used by the prefix and every operation is performed using that.

The bottle generated by Bottles to handle this kind of prefix are temporary, meaning that it is recreated each time it is started. This one unlike the other bottles, consists of only the configuration file that is generated by parsing the launch options set on Steam. This choice was made to preserve consistency between Bottles and Steam, preventing the user from making changes that will be lost with the next boot.

Nowadays, it is not possible to apply changes to Steam’s launch options while it is running, which is why you need to restart Steam to apply them.

If you wish to try this feature and use Bottles’ Flatpak, remember to give Bottles the permissions to reach the Steam installation path and any external Steam libraries if configured.

We have many other plans for this feature in the near future e.g. allow changing the version of Proton (e.g. GE-Proton).

Although this feature has been tested for a long time, there may be bugs. Be sure to report them on our GitHub repository.

With the previous version we began to implement a number of integrations with some software installed in the bottle. After Steam we moved on to Epic Games Store, once the feature is enabled just reload the programs screen of the bottle to list all the games that have been installed through Epic Games Store. 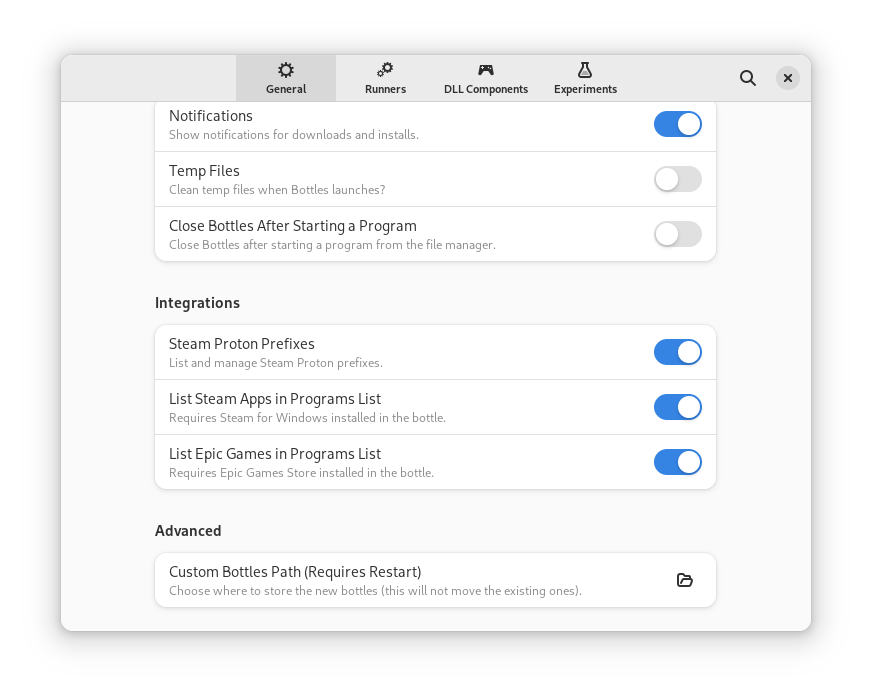 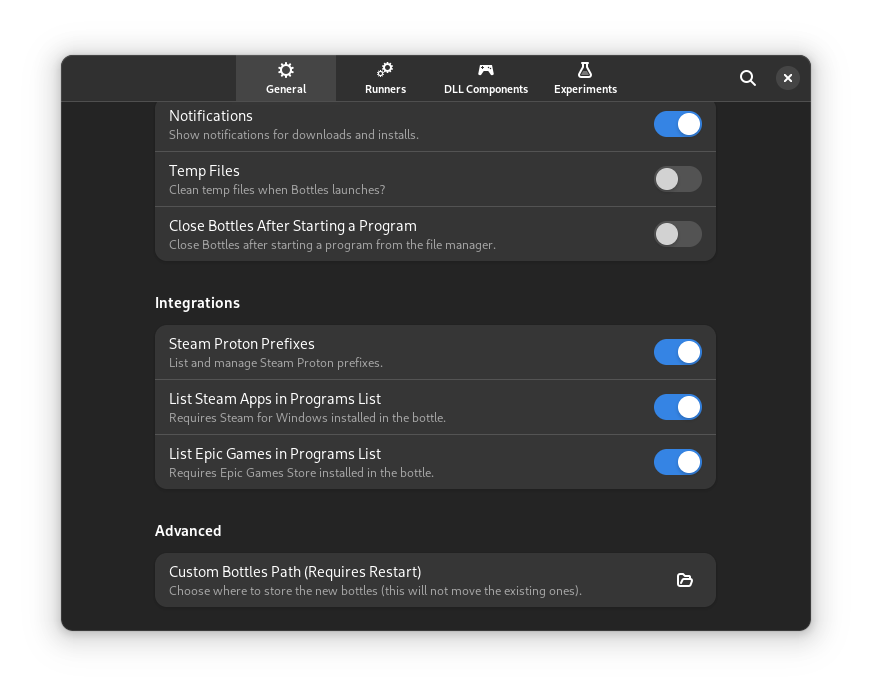 Unlike the integration with Steam, launching a game does not launch via Epic Games Store, as we have not been able to get positive results with the official method which, as of today, seems not to work anymore (we have feedback from other managers as well), we are working on a solution.

We have added new possibilities for overriding bottle settings per program.

These, as the title says, are program-related settings that override those set in the bottle, for example we can have DXVK active in the bottle and set an override to avoid using it with a program.

The following new overrides can now be set:

Our runtime has been updated and now provides the libraries needed to run EAC and Battleye, the two popular anticheats. Obviously the game developers must have enabled Linux support to run and the runner must support these (Caffe 7.10-1 has been updated with the necessary patches).

Although these have been implemented along the lines of the Steam implementation, they may not work properly and we ask that you report anomalies in our GitHub. It is important to point out that we as Valve itself, are not responsible for any bans.

Bottles on startup downloads the updated version of its repositories (about 20kb), which are essential for Bottles to function properly. For transparency we decided to include a small note in the loading view. 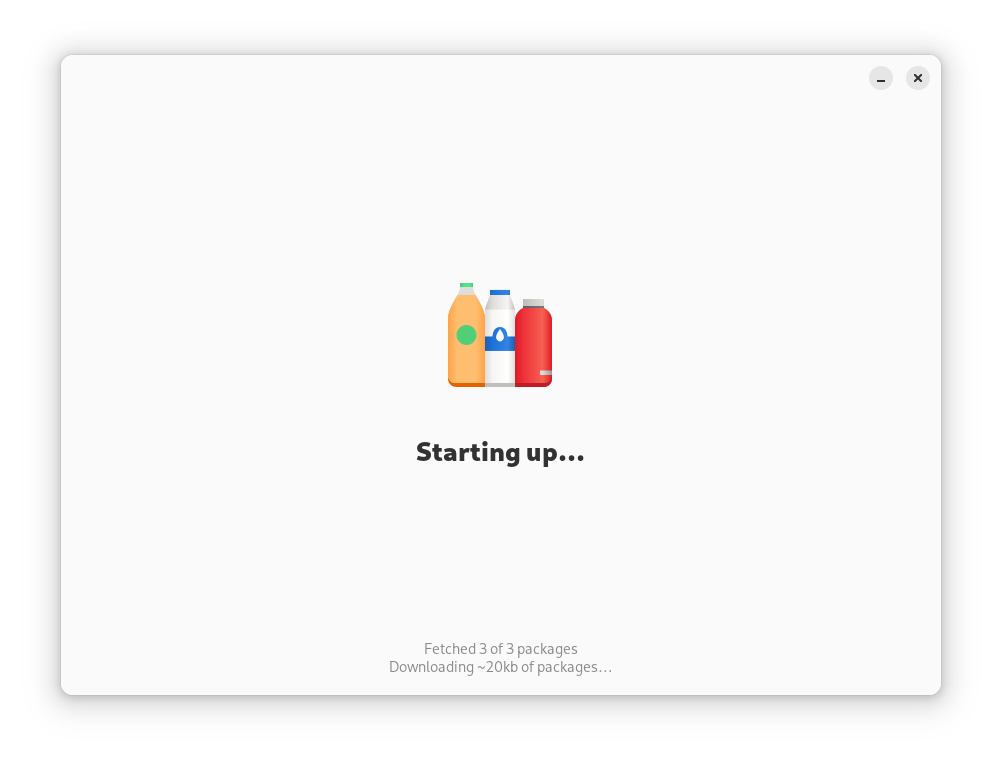 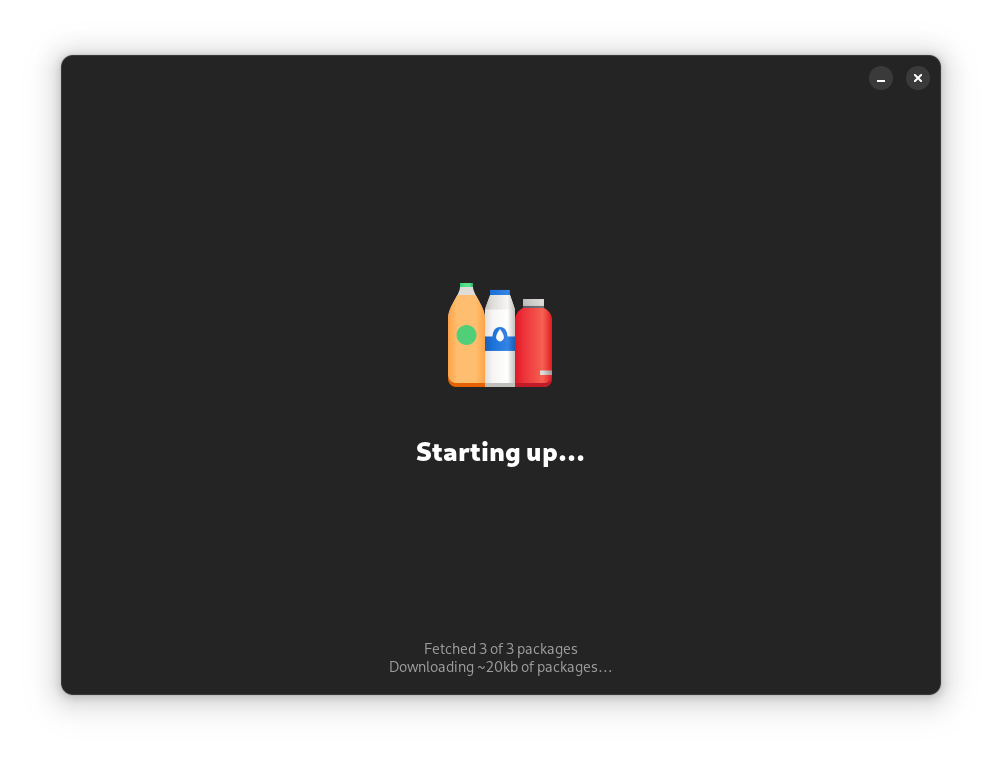 These repositories are essential and we are looking for a way to cache that does not prevent the user from receiving important updates.

We have added a new option to bottles-cli which allows you to add programs to a bottle.

This new option can be useful to third party programs for better integrating with Bottles.