The bottle versioning system is one of the unique features of Bottles. We have collected a lot of feedback since its introduction and have rewritten the system from scratch to improve its performance and efficiency, as well as to allow much more flexible control.

As shown in the video above, by installing a dependency or enabling a component (e.g., VKD3D) and restoring a previous state, they will be removed from the bottle, removing all traces of it. 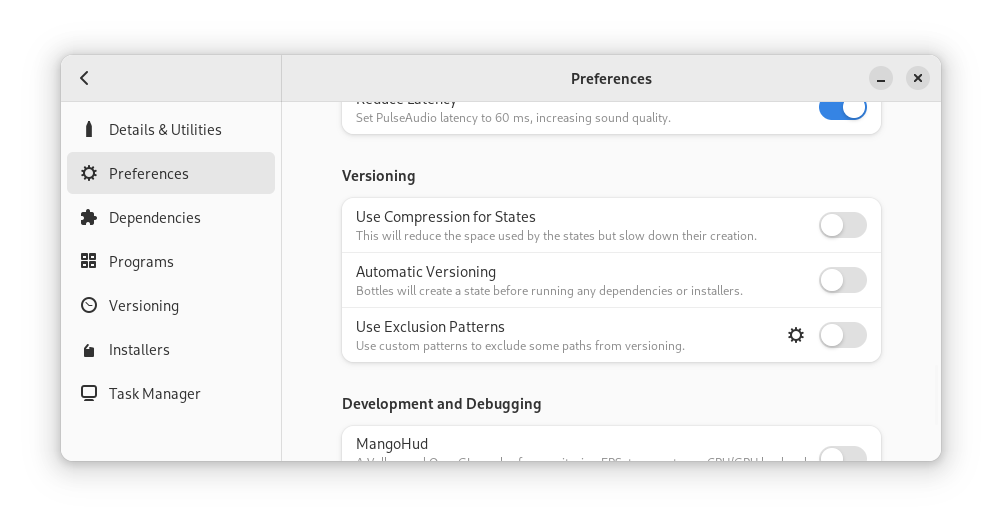 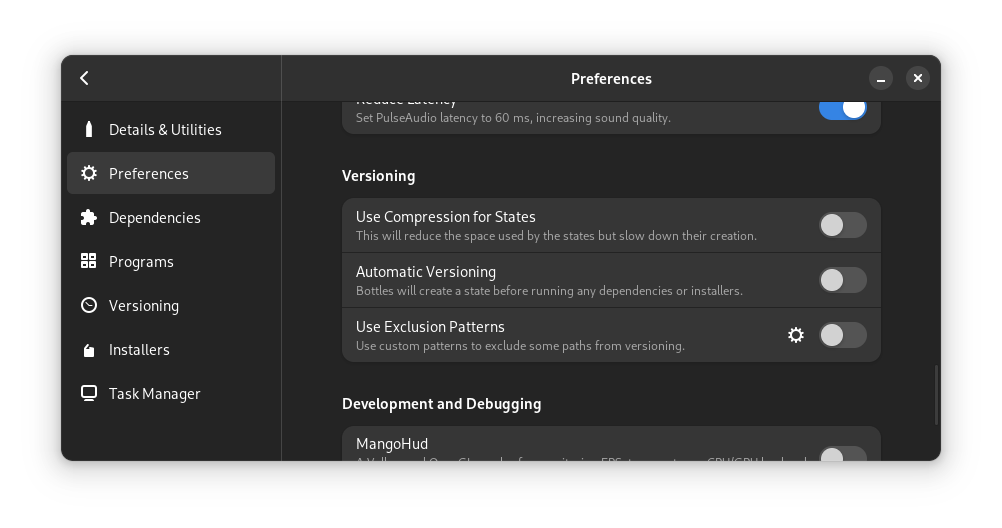 The new system arrives with several options, all configurable from the Bottles user interface. Now the versioning system is on by default for all bottles but will not act automatically, you will in fact need to enable the option from the preferences, from which you can disable it at any time to pause it.

We also implemented a path exclusion system based on user-configurable patterns. 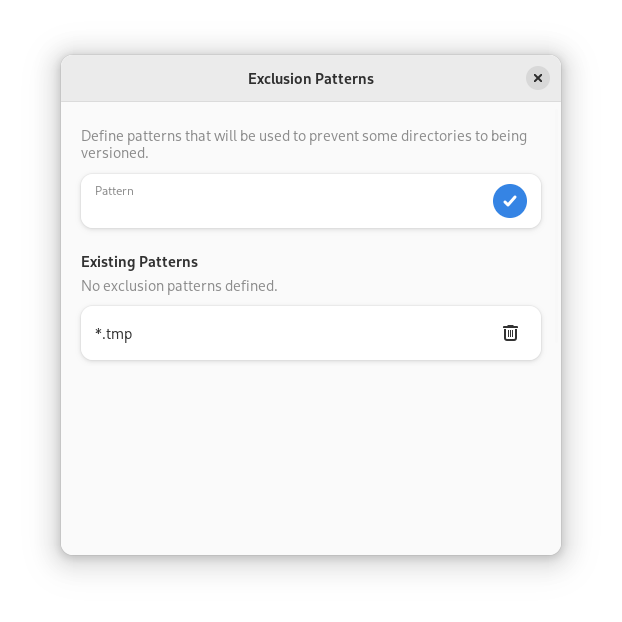 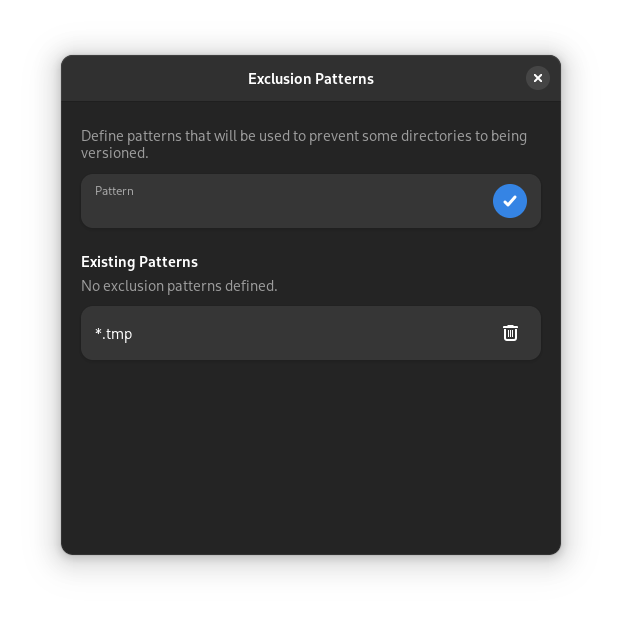 In the example above, we created a new pattern to exclude all files with the .tmp extension.

The dosdevices path is excluded by default, since this contains only symlinks that you may not want to track.

It is important to keep in mind that enabling or disabling compression will re-initialize the repository since the two storage types are not compatible with each other. This will not delete any files but will prevent it from reverting to a state prior to the change.

Although the old versioning system is still available in Bottles, this is deprecated and its functionality has been limited to only restoring states already created. Opening a bottle will propose migrating to the new system, this will not preserve states but will initialize a new repository based on the current state, so consider restoring a previous state if necessary before proceeding. 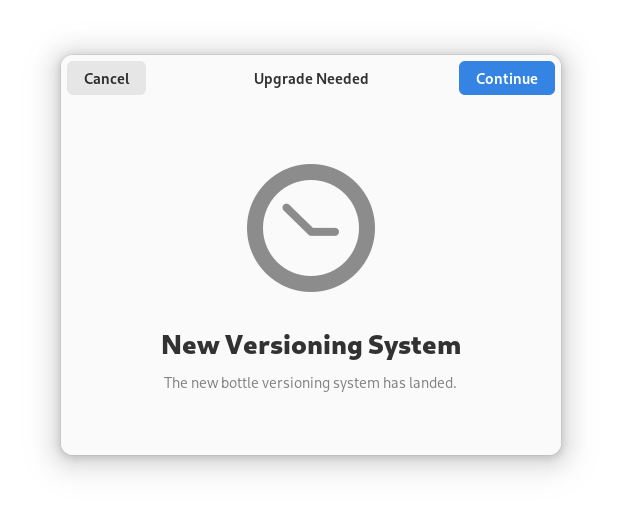 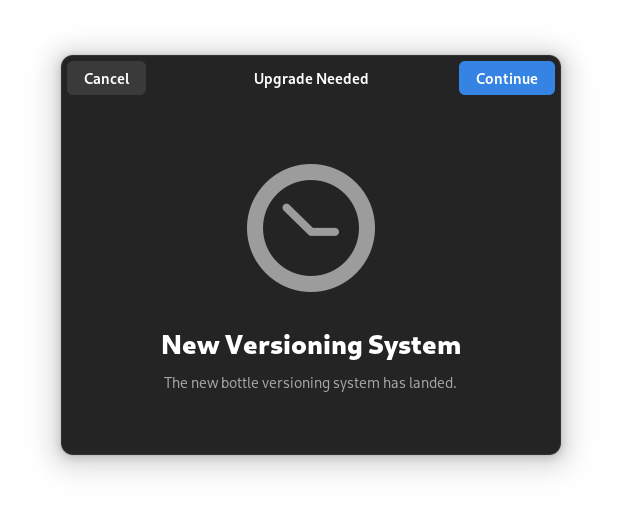 We decided to rewrite this system externally to Bottles, so that we could more easily update it as well as allow third-party projects to use it for their own purposes.

The new versioning system is called FVS (File Versioning System) and does what the name promises. The system was written with an eye toward handling large numbers of files and consuming as little space as possible, thanks to deduplication, an organized catalog, hash comparison, and the ability to enable compression (which will decrease the space consumed at the cost of increased processing time).

With the following images, we can see the basic concept of FVS and how it works.

In the following examples we will investigate only the first file cell, the others follow the same concept.

As you can see, the first file was added, removed and re-added but FVS always kept only one copy of that file as it was always the same version.

The example above shows a different timeline. In State #4 a new file has been added in the same place as the one in State #1 but since it is a different file, FVS is keeping two files in its storage.

Since the second version of the file is used only by State #4, if we were to restore one of the previous States, FVS will permanently delete that file as it is not necessary for the other States, this is because FVS per concept does not allow travel to the future, so all the States after the restored one are deleted.

The UI for Library Mode is finally complete as are most of its features.

With this release we have implemented covers, these are taken from SteamGridDB based on the name of the program we are going to add. 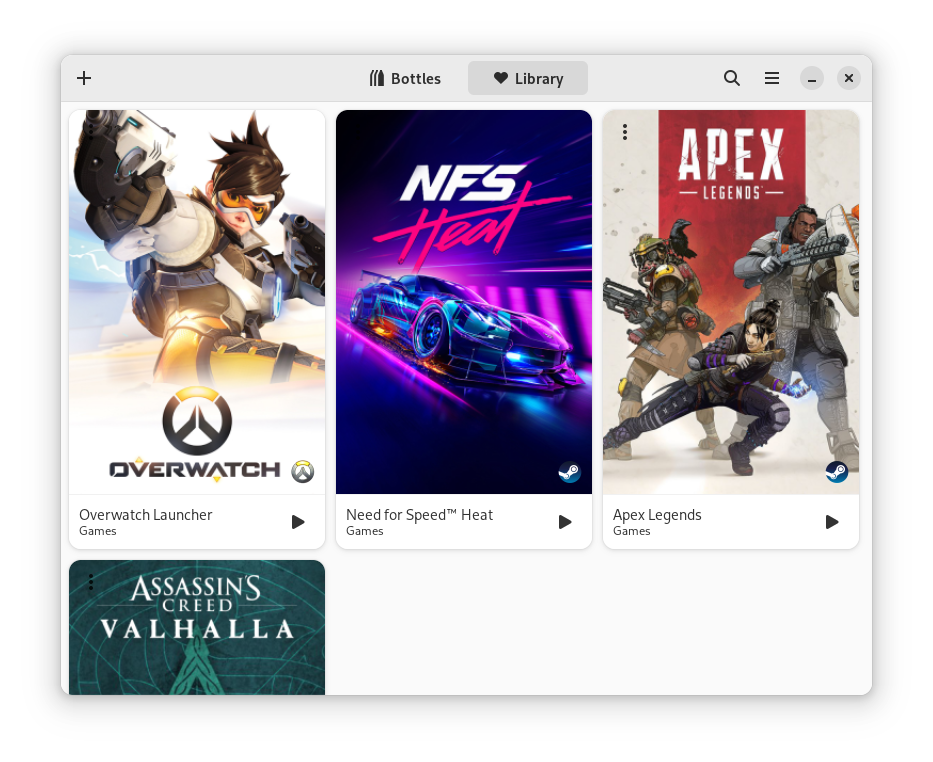 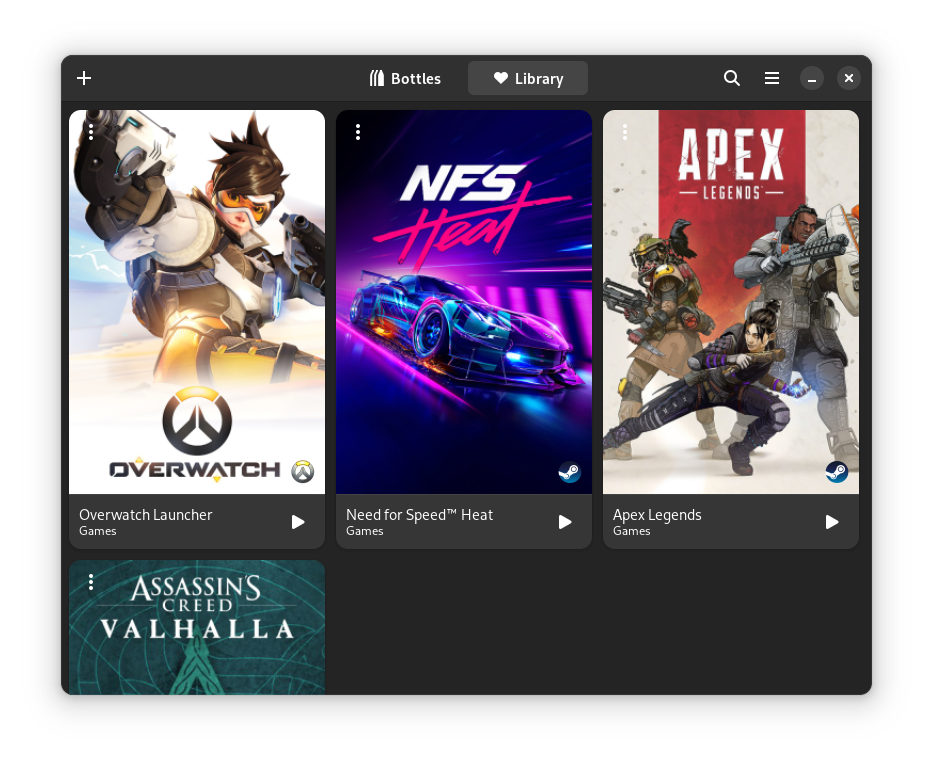 We have already started work to allow the addition of custom covers and select one from those proposed by SteamGridDB in case the one selected by Bottles is not to your liking.

This feature is almost ready to leave the experimental phase, planned for the next release (2022.8.14).

Work also continues in improving the user interface of Bottles. In this release we have smoothed some corners but for sure the most noteworthy update is definitely the new About dialog, part of libadwaita. 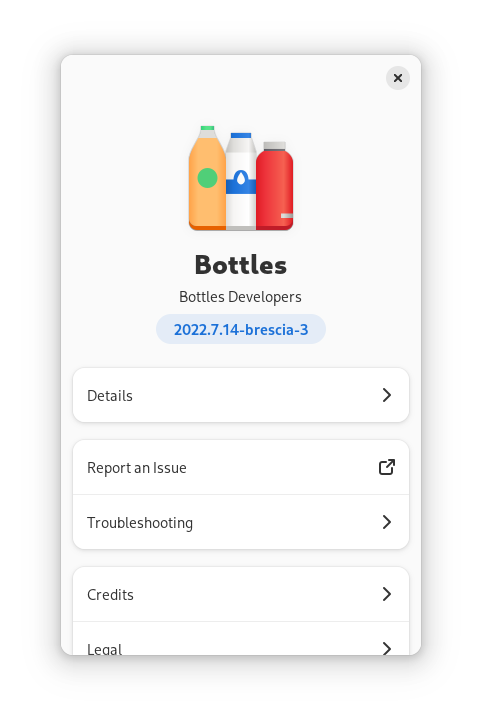 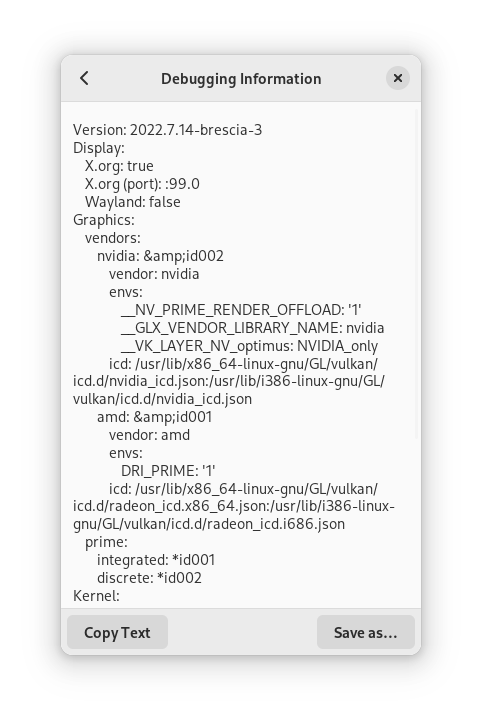 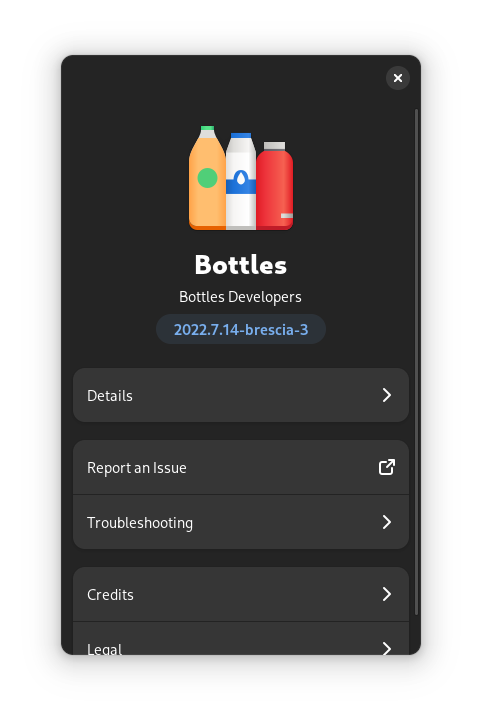 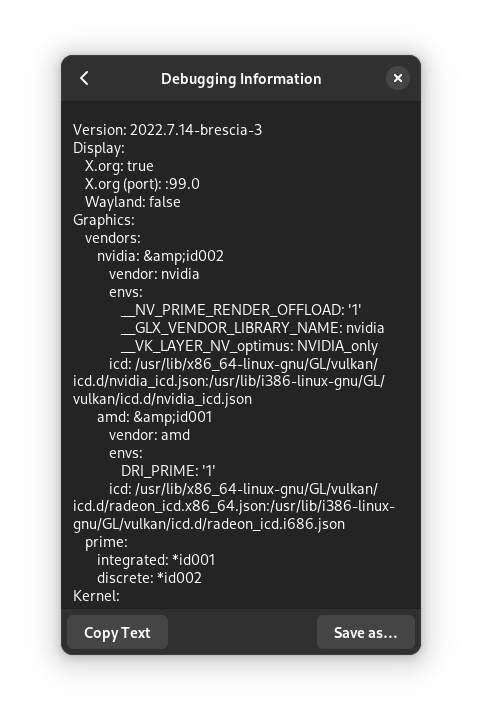 The Health Check has been moved from the main menu to the Troubleshooting section of the About dialog to make it more intuitive to reach and consistent with the user experience designed by libadwaita.