Bottles introduces vmtouch support, also known as Virtual Memory Toucher. vmtouch is a caching utility that lends us resources to diagnose and control cache. With that in mind, you can manually enable vmtouch to improve performance!

Bottles introduces a new dialog to configure vkBasalt! vkBasalt is a post-processing layer that lets us add multiple effects and layers to modify how games are rendered on Vulkan. However, many of its features were inaccessible, and are quite difficult to understand. We put a lot of time to explain these features are. 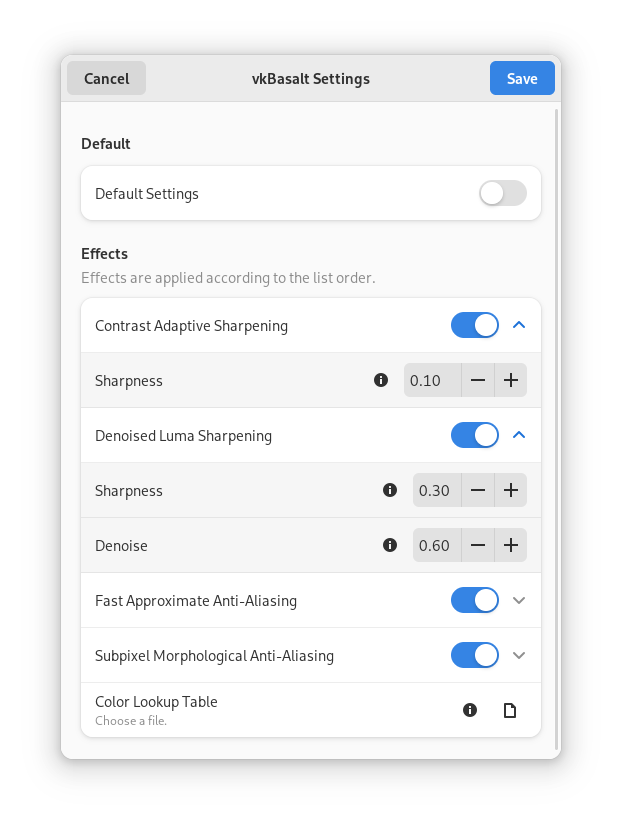 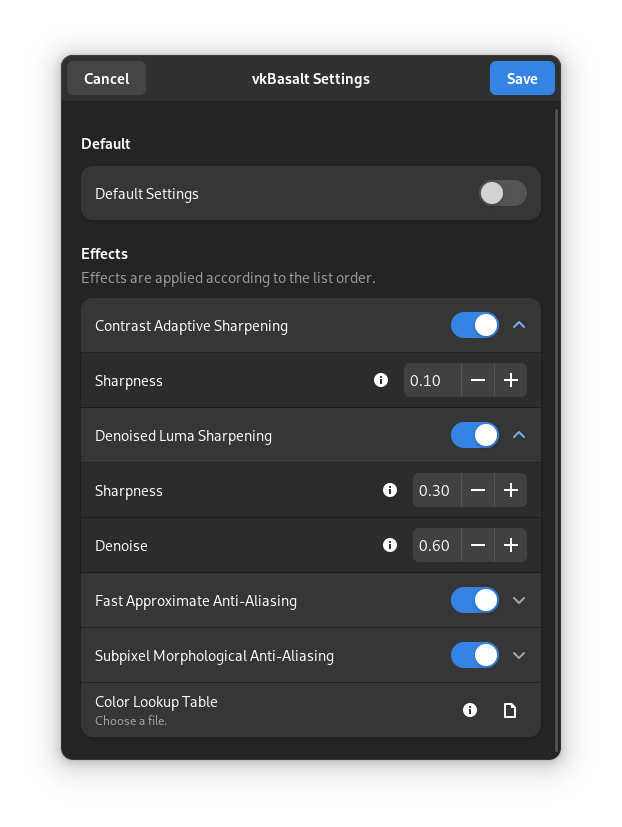 The Return of The Dark Knight (aka Dark Mode switcher)

Several releases ago we removed the Dark Mode switcher, this is because we adopted the freedesktop standard supported by GNOME and KDE, which allows us to respect the system theme.

Unfortunately many distributions have not yet received the implementation and some desktops do not meet this standard. We have therefore re-introduced the Dark Mode switcher, so that the user can force the dark theme when it does not respect the system choice.