We often like to experiment with new features; these are usually immediately accessible in the experiments section of Bottles, so that users can test them and provide us with feedback, so that we can improve and complete them.

This time it is the turn of Library Mode, which becomes an official Bottles feature with this release. Before we get into the specifics, we would like to thank all the users who have contributed feedback, ideas, and advice!

Library Mode is a new way to access the programs installed in your Bottles. Bottles is a wineprefix manager and as such our approach does not start from the program but from the wineprefix (bottle); this means that you have to open the bottle to access the programs installed inside it, and if we have multiple bottles it might be cumbersome. So we integrated a library, a space where you can add any program from any bottle, so that you can access all your programs from one screen. 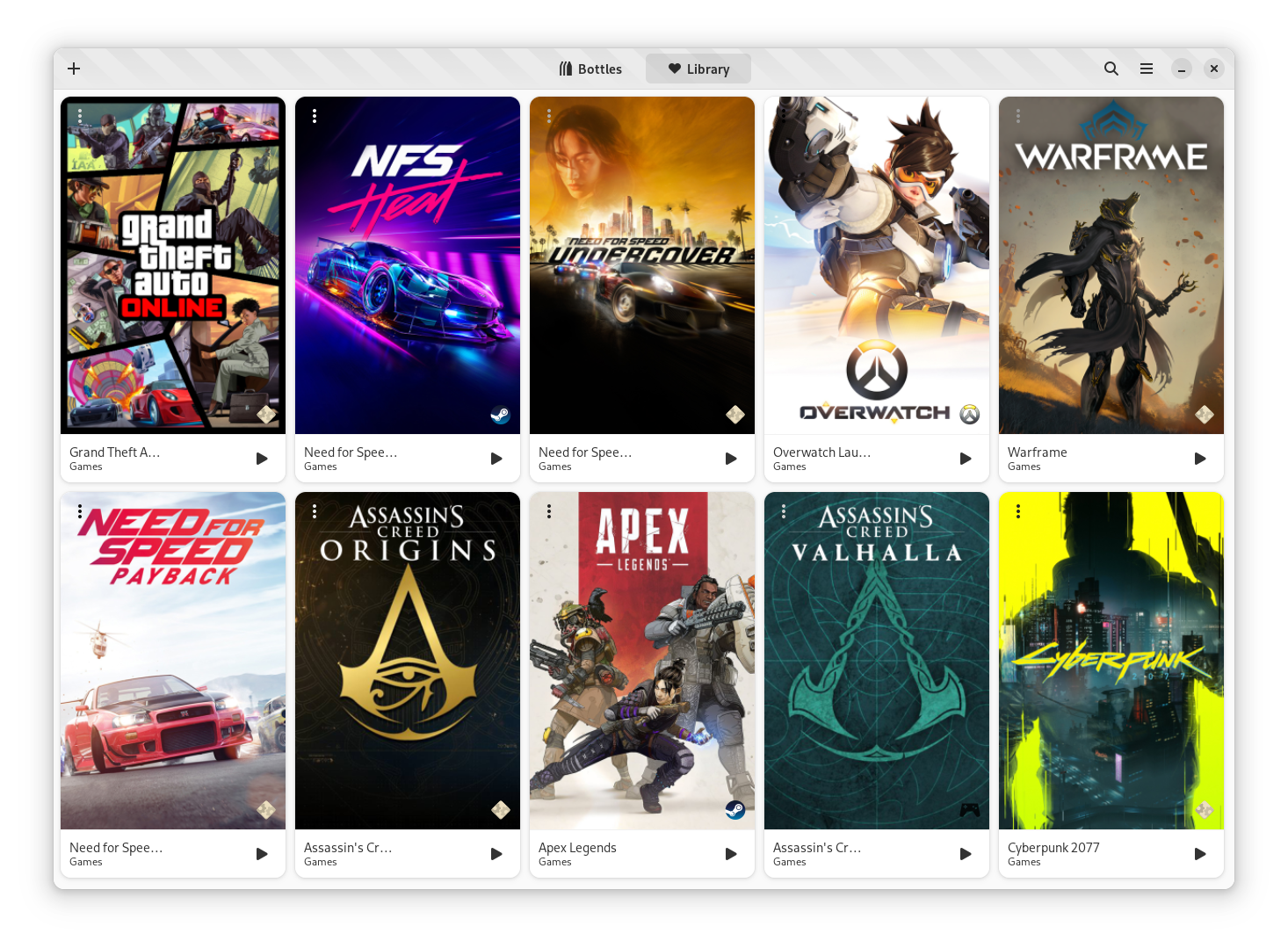 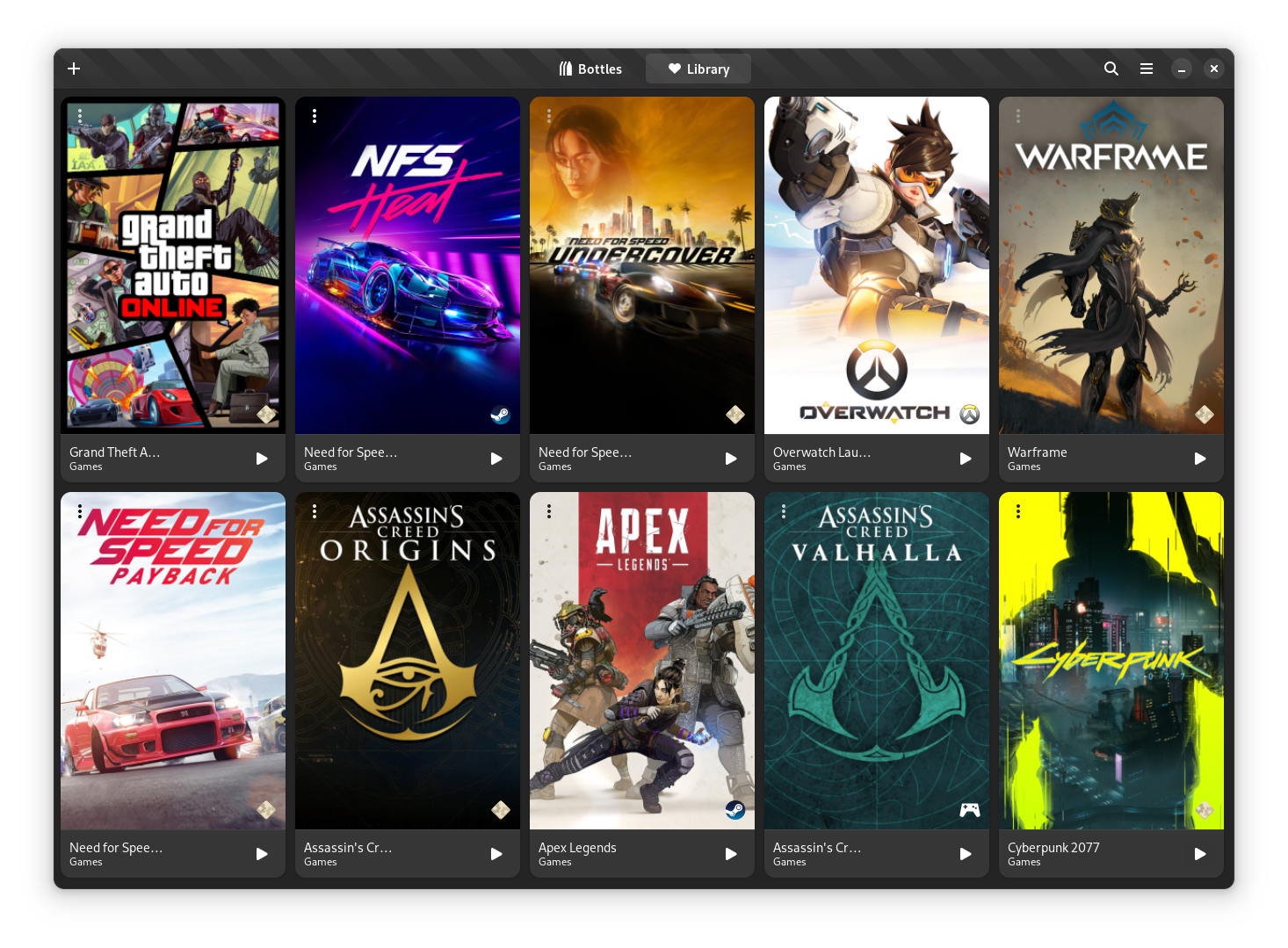 At first your library will appear empty, just open a bottle and choose the program you want, then from the context menu press “Add to My Library” to add it.

Each added program appears as a card with a cover, the context menu (top left), the program icon (bottom right), while below we have the name of the program, the bottle, and the button to launch or stop it.

Covers are automatically identified and downloaded from SteamGridDB. We are still working on the ability to add covers manually.

To remove a program from your library, you simply go to its context menu (top left of the cover) and choose “Remove from Library,” this does not remove the program from the bottle but only from the library.

It may happen that a bottle is altered from the outside or is imported into a new Bottles installation without all the necessary components being present. 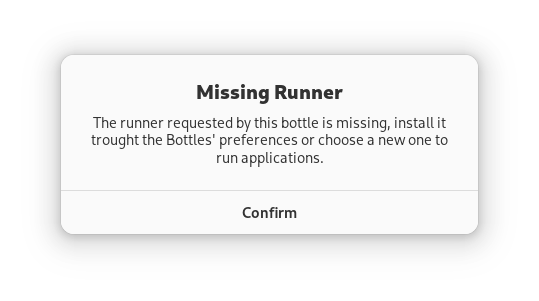 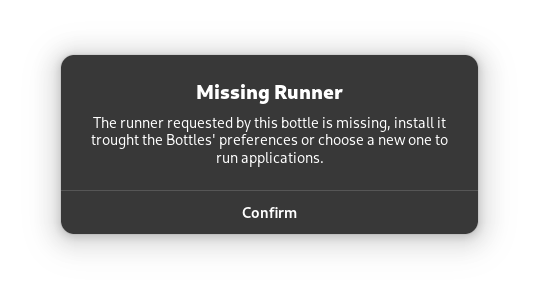 Now, opening a bottle that requires a runner that is not installed will display a dialog warning of this problem, inviting the user to install it or choose another one from preferences.

The Legacy Tools section has been re-organized with more specific and intuitive names, eliminating the noise that more advanced users (who this section is aimed at) might have encountered. 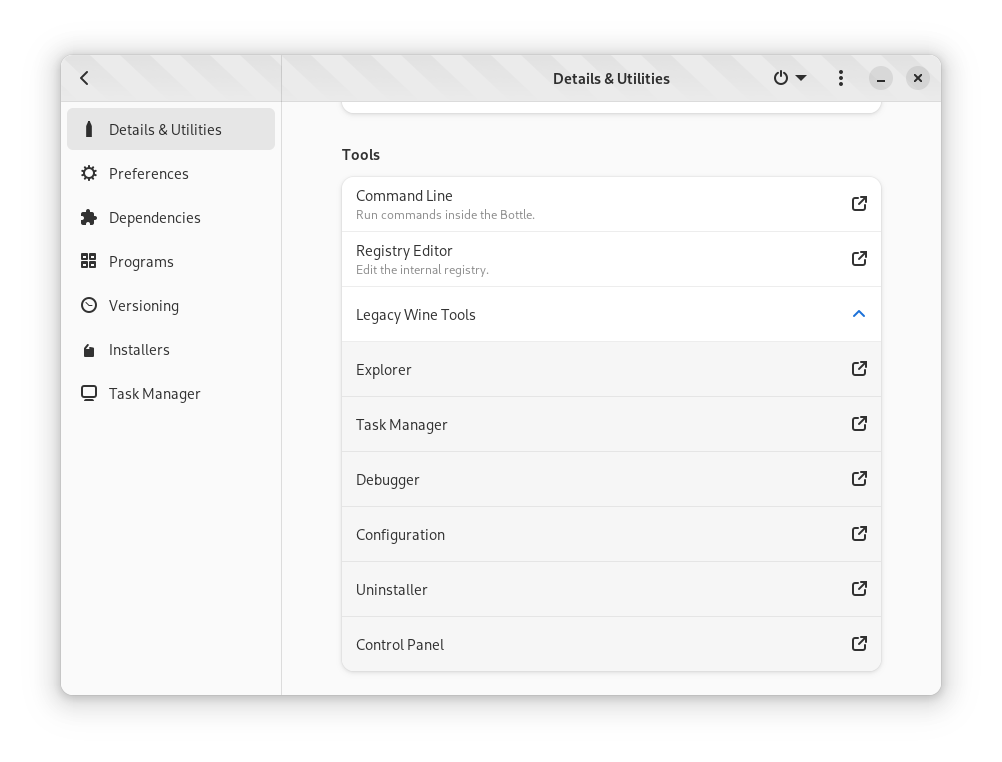 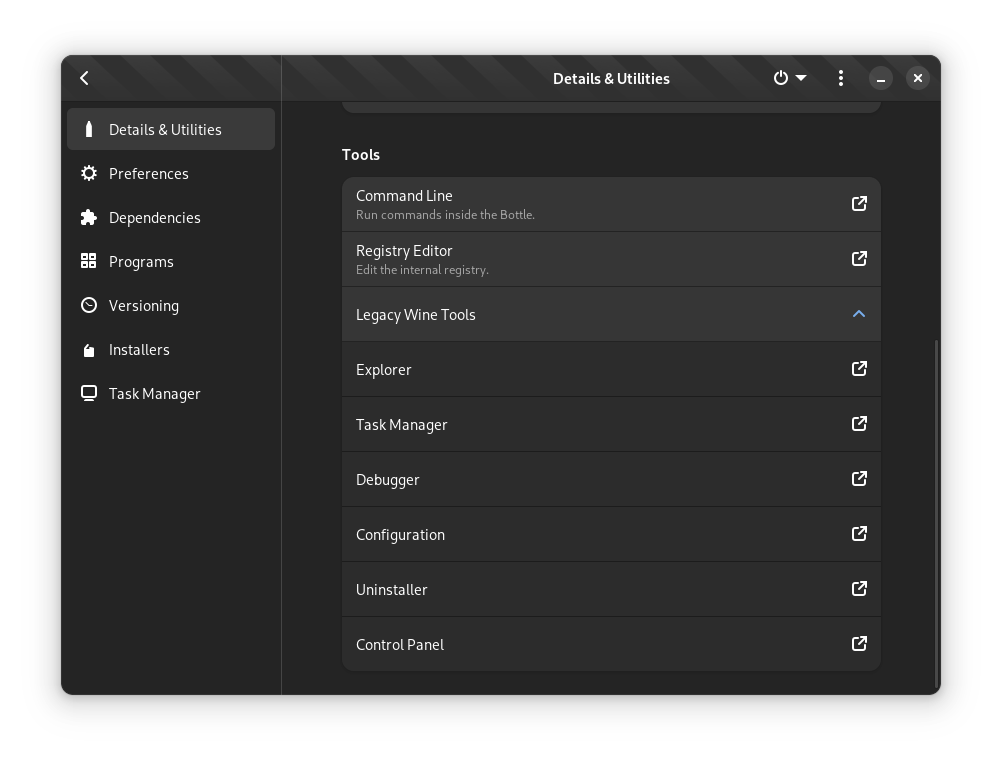