In the past few weeks we have worked hard, focusing on three main objectives: stability, compatibility and community!

This is one of the most important release of… ok I often say this but I am always excited for this day 😅.

With this release we have started using an internal notifications system, with which we can notify you of updates, tricks and much more! A simple and not at all invasive method of staying close to our community which is growing more and more and very quickly. Thanks 🙏! 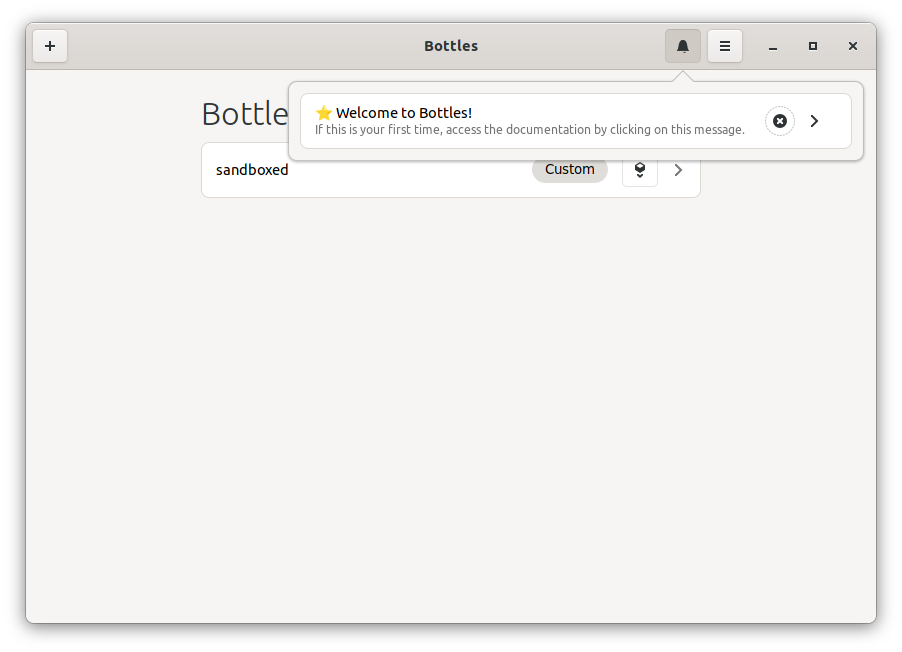 After reading a notification, you can delete it so that it never comes back.

There are multiple notifications types, which are:

So after this update, the next time you open the app, you will see a new notification. Let us know what you think about this feature in our GitHub repository!

In the previus version we have expanded the sandbox for Flatpak users, also bringing the userdir of the prefixes inside the bottle, thus eliminating the symlinks to the user’s homedir.

Now on request we have also brought this functionality to all other non-Flatpak users. Now it is in fact possible to enable the sandbox directly to the creation of the bottle (for now only with the Custom environment). 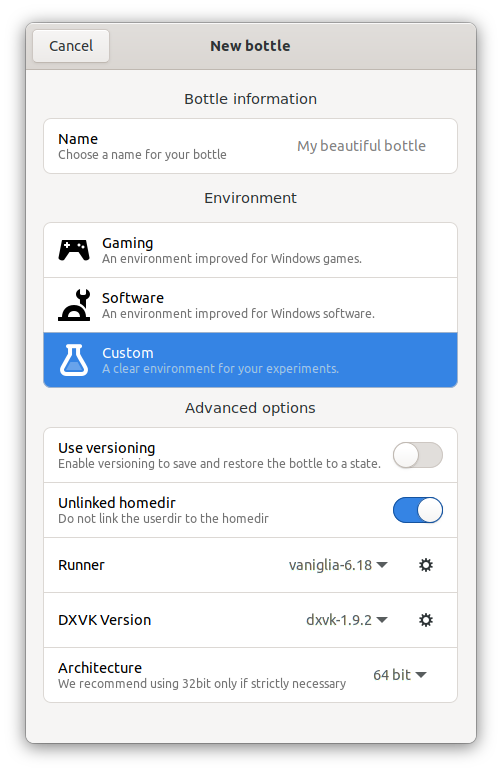 To be clear, this isn’t a true sandbox. This is not to link the prefix userdir to the system user’s homedir, so the files will be saved in the prefix itself. We currently offer a true sandbox only to Flatpak users and we highly recommend everyone to use this format if they want a full-sandbox experience.

We have also improved the general performance of Bottles, rewriting how components are handled and displayed in the UI. There are also a large number of bugfixes and improvements on async operations and http requests, these are now cached on first call, so you don’t have to wait for them to be loaded again next time. We think you will notice these improvements.

We have also updated our official Vaniglia runner to the 6.20 version, a very important version that brings many improvements, a special thanks to the Wine team for their great work.

There are also new installers for the following programs:

Installers are still in development, so please be patient and test at your own risk.

Continuing to talk about installers, there is also something new on this front. Now it is possible to read the review of an installer directly from Bottles! 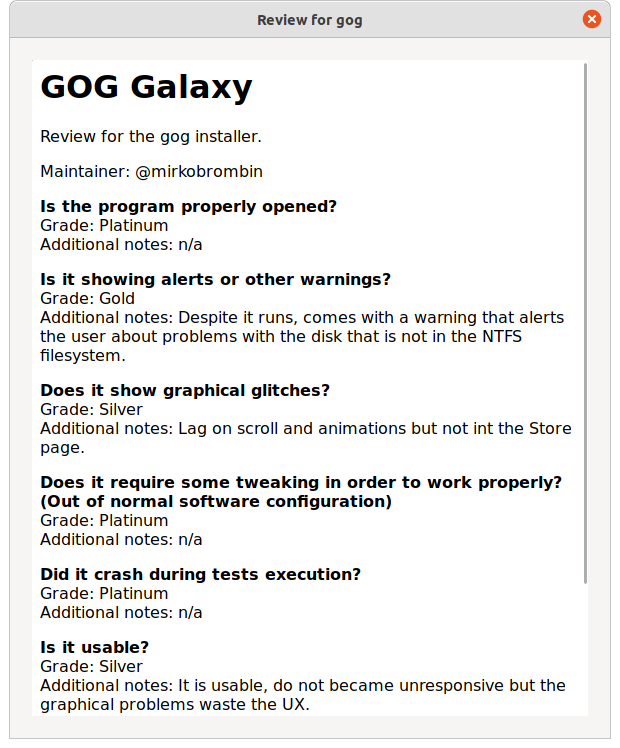 Because each of our installers are tested and reviewed by the maintainer who has to answer a simple but detailed questionnaire. This is saved as a review, so that the user can know for sure what experience they will have once they have installed a program with one of our installers.